Only half of Venezuela's turbines operational - report 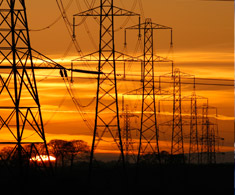 Only 100 of a total of 211 turbines in Venezuela's power plants are operational, according to a report in local outlet El Carabobeño.

The outlet cited Venezuelan engineer and electricity-sector expert José Aguilar, who said the country only has 16,097MW available out of its installed capacity of 33,333MW.

Aguilar said that the problem is not related to investments, with US$94.2bn allotted to the sector from 1998 to 2013. Yet the investment amount and number of plants built are disproportionate to the megawatts available for Corpoelec, which has had to resort to power rationing.

Will Venezuela return as a key regional energy player?

Other companies in: Electric Power (Venezuela)

What to watch at Mexico’s top 10 banks

With or without reform, can Mexico’s CFE go it alone?

Want to read more information about Only half of Venezuela's turbines operational - report?