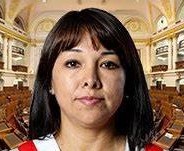 In her first presentation to congress, Peru’s prime minister Mirtha Vásquez announced plans to award concessions and public-private partnerships for US$871mn in the fourth quarter.

Major tenders will be launched for the US$55mn PTAR wastewater treatment plant in Puerto Maldonado and for the US$750mn Ancón industrial park (PIA).

In 2022, tenders involving US$466mn will be launched for the Piura Nueva Frontera transmission line and the AWS and 2.3GHz spectrum bands, she said.

The figures reflect a conservative scenario but represent signals investors have been waiting for.

The wastewater plant will be a co-financed state initiative, handled by the housing, construction and sanitation ministry.

Meanwhile, the PIA project is a state initiative in project assets, to be developed in three phases over 16 years. It comprises building infrastructure in northern metropolitan Lima for industrial companies.

The complex will cover 1,338ha, of which 465ha are for industrial land, a technology park, industrial trade, a truck center and a business park.

When the Pedro Castillo government took office at the end of July, ProInversión projected investments of US$3bn under various modalities for this year and the next.

A project Vásquez did not mention but which is also underway is the US$66mn COAR Centro concession for building and maintaining high-performance schools in Cusco, Huancavelica and Pasco. Concesionaria de Proyectos de Infraestructura, owned by Mexican group Marhnos, won the contract.

This year only one PPP has been awarded, involving two electric power projects. Celeo Redes won the contract, offering a US$29mn fee and operation and maintenance costs of US$845,000 annually.

The first project was the 138kV Puerto Maldonado-Iberia transmission line, which will supply Iberia city and surroundings. The second was the 220/60/22.9kV Valle del Chira substation, serving the towns of Paita, El Arenal, and Sullana in Piura region.

The projects will be implemented to monitor river banks and provide early warnings of floods and landslides.

The contract was awarded to OHL and is part of the projects executed under a Government to Government agreement with the United Kingdom.

Want to read more information about Peru announces concessions for US$870mn in Q4?