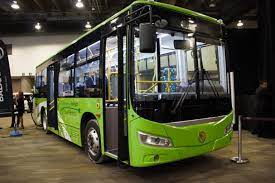 Political will be the key to whether electric bus projects succeed in Latin America, according to Enrique Lacombe, head of e-mobility at Mexican electronics and telecommunications equipment manufacturer IUSA.

“It all comes down to the government really wanting to do this,” Lacombe said when asked by BNamericas about the countries leading the e-mobility race in Latin America.

Lacombe highlighted the cases of Chilean capital Santiago and Mexico’s Guadalajara, which in his view show that government support is crucial to develop projects.

“When the government wants to do it, it’ll happen. Because operators will align, manufacturers will align and the public will align,” he said.

Chile has set a deadline for all public transport vehicle sales to be electric by 2035.

Lacombe added that the Dominican Republic has “hired very serious firms” for its electric bus plans.

He also said that local administrations can spur national governments to push ahead with small-scale projects with good publicity, since electric buses, while costlier to purchase than internal combustion engine vehicles, are cheaper to operate and maintain.

“If you do a big publicity campaign on this, if the government isn’t involved this will get their interest because they won’t want to be out of this. Operators will lose the fear of changing technologies and the public will have a large interest,” Lacombe said.

The executive made the comments during an e-mobility challenges webinar held by the United Nations Environment Programme.

At the same event, Lacombe said financing remains the biggest challenge for electric buses in the region, and that government incentives such as lower import duties for electric vehicles will be needed.

He also said that development banks are highly interested in the area.

Want to read more information about Political will seen as catalyst needed for LatAm’s electromobility success?