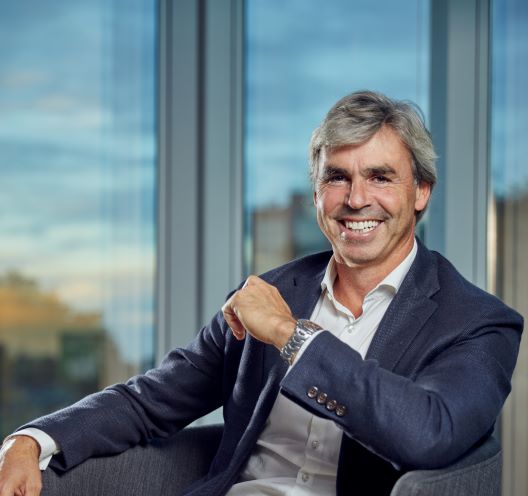 The Argentine company Strix plans to continue growing in the region and triple its business in Chile.

Within the framework of Expo Logisti-K, Strix presented a new cloud-native platform for its fleet service as part of its plans to continue growing in the region.

“We process 2.2bn pieces of data per month and that will double in the next year,” CEO Junior Mackinlay said in an interview with BNamericas.

The platform will operate in Argentina, Uruguay and Chile. “We're thinking of landing in some other country in 2023. We're looking at neighboring countries,” said Mackinlay, without giving any further details.

The executive explained that with the rapid expansion of the logistics sector after the pandemic, "we're seeing demand that we can't satisfy."

The company plans to end this year with growth of 10-15% and 750,000 clients in the region. One of Strix's major fleet customers is agrochemical producer Monsanto, for example.

The CEO said that the firm are ready to close "very important agreements in Chile," which he expects to triple the client portfolio in the next two years. "We'll end this year with 20,000 customers and, in two years, we'll be close to 60,000," he said.

Strix plans to spend US$3mn in Chile to capture this growth. Currently, the company has a strong presence in small and medium-sized fleets and it is now poised to expand in larger fleets with the new platform.

One area that is proving to be fruitful in Chile is insurance, due partly to recent increases in crime and traffic accidents. "There's a growing accident rate and companies are making agreements like the ones we have in Argentina," he said.

Insurance companies not only use Strix for vehicle recovery, but also to analyze data and thus reduce claims.

In Uruguay, Strix closed an agreement with Banco Seguros del Estado, a state-owned company that covers more than 60% of Uruguay's insurance.

This year a test of the Strix service began in the small vehicle segment. The pilot involved about 1,000 cars. “If this escalates, we would also have very important growth. We could double the portfolio in two or three years,” Mackinlay said.

The company has an agreement in Argentina with Claro, a company that provides SIM cards to connect tracking devices to 2G, 3G and 4G networks, depending on coverage.

“In Chile and Uruguay we don't have a strategic partner, but if growth is what we expect, we'll probably do it because in Argentina it has given us very good results,” he added.

Strix also plans to enter the last-mile logistics market (home delivery) with a specialized product for these types of company. "We already work with small and medium-sized companies, but now we want to develop a specific platform for their problems," he said. This project is the firm's "roadmap" for 2023.

The expected increase in the amount of data handled by the firm has to do with the growth in its number of clients, but also due to the migration of radiofrequency service users to new technologies.

Strix was created from the purchase of LoJack, a company focused on the vehicle recovery through radio frequency technology. With technological advances, the company takes advantage of the benefits of mobile networks and IoT to provide services to fleets, private cars and even homes.

"Four or five years ago we began to transform ourselves from technology focused on hardware to a company that develops software," Mackinlay told BNamericas.

He said that the most important asset is the data and the intelligence to understand that information and build solutions for the different verticals. Currently, for example, it has solutions for insurance companies to better understand claims based on actual behavior.

The laboratory uses spectrum in the 3.5GHz band and equipment from Ericsson.

Argentina and Paraguay are making progress in fiber optic connectivity

After the signing of the "Strengthening of Connectivity" Project, progress is expected with the interconnection of fiber optic networks in Clorinda...

Argentina: CABASE denounces TyC Sports for anti-competitive conduct for the broadcast of the World Cup