What’s behind the drop in bus passenger numbers in Brazil? 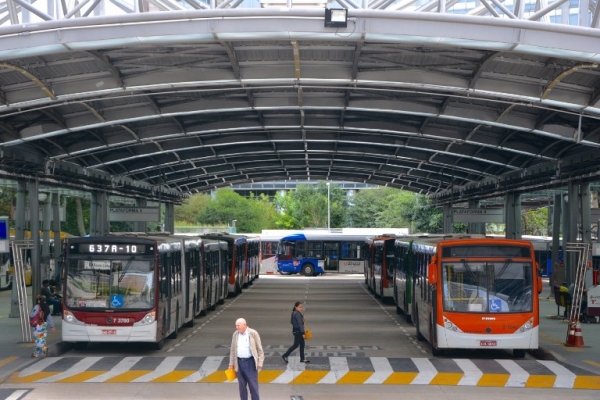 Fewer Brazilians have been using public buses in recent years, mainly due to the growing popularity of transport apps and the effects of the economic crisis.
The volume of passengers on public buses dropped 8.2% in 2016 compared to 2015, according to a study by the urban transportation association ( NTU).
Between 2013 and 2017, the volume of bus passengers fell by 25.9%.
In the study, the NTU analyzed public transport across the cities of Belo Horizonte, Curitiba, Fortaleza, Goiânia, Porto Alegre, Recife, Rio de Janeiro, Salvador and São Paulo.
Main reasons for the drop are the  economic crisis and related rise in unemployment, and the growing popularity of transportation apps like  Uber and 99.
The economic crisis also contributed to a deterioration of public transport networks as necessary investments were held off, further driving Brazilians toward apps.
“There have been no improvements in public investment in infrastructure. On the contrary, what we have seen are policies that favor the circulation of individuals via cars,” NTU president Otávio Cunha said.
According to Cunha, of the around 152bn reais (US$37.5bn) governments promised to invest in urban mobility over the last decade, only 14.2bn reais materialized.
APPS
The impact apps have on bus transportation can be seen in São José dos Campos, a city of 714,000 in São Paulo state.
Mayor Felício Ramuth said revenues of transport apps in the city will rise above those of bus companies soon.
Monthly revenues of Uber and 99 reach around 14mn reais, compared with 15mn reais of bus companies serving the city.
“Apps are likely to exceed the total revenues of bus companies by the end of the year,” Folha de S. Paulo newspaper quoted Ramuth as saying.

Flughafen Zürich is interested in the concessions that will be auctioned by the government in the coming months.

The controlling shareholders of the infrastructure group are not opposing the acquisition.

Spotlight: The state of sanitation in Rio de Janeiro after a spate of concessions

Want to read more information about What’s behind the drop in bus passenger numbers in Brazil??