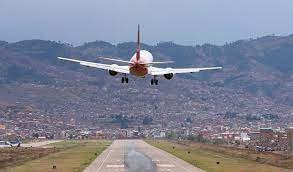 Just as Brazil’s air passenger numbers are about to return to pre-pandemic levels, clear signals on new concession auctions are lacking.

"New airport concession auctions in Brazil now depend more on political will than on other factors, since the airports that can still be offered to the private sector already have an advanced structure in terms of contract model," Alberto Sanz Sogayar, a partner at law firm MAMG Advogados and specialized in infrastructure contracts, PPPs and project finance, told BNamericas.

According to Sogayar, the government may use this year to better understand the situation with each airport and prepare auctions starting next year.

The previous Jair Bolsonaro administration planned to offer the Galeão international and Santos Dumont domestic airports in a single package, but the current government is reviewing the plans.

Concession plans existed for years and the auction, involving 15 other airports, was planned for last year.

But the government suspended the process because the operator of Galeão international airport, RIOGaleão, controlled by Singapore's Changi Airport, decided to return its concession due to collapsing passenger numbers. The contract was valid until 2039.

Airports and ports minister Márcio França told a press conference that the government was trying to persuade RIOGaleão to keep the concession.

"There is a legal and a political situation. We are going to study the resumption of this partnership [with RIOGaleão] because it is the simplest way. This is one of the biggest companies in the world. We know they suffered from the pandemic," França said.

"It is legally possible to maintain this contract with RIOGaleão after a contract rebalancing, but at this stage, when the company has already expressed its intention to return the asset, this would create a precedent for several other companies to adopt a similar path," said Sogayar.

Two other contracts remain in limbo, with concession owners wanting to return them but the government not providing details about an auction.

In 2020, Argentina-based Inframérica announced plans to return its concession for São Gonçalo do Amarante airport in Rio Grande do Norte because passenger number projections did not materialize. It assumed the concession 2011.

"The volume of passengers we had in 2019 is likely be fully recovered by the end of this year," Bruno Pahl, the head of infrastructure and project finance at Fitch Ratings, told a seminar.

Civil aviation authority Anac said in a press release that last year’s passenger numbers were the highest since 2020, when the pandemic hit.

Inframérica won the original 30-year contract in 2011 but started the process of returning it in March 2020, claiming economic projections were not...