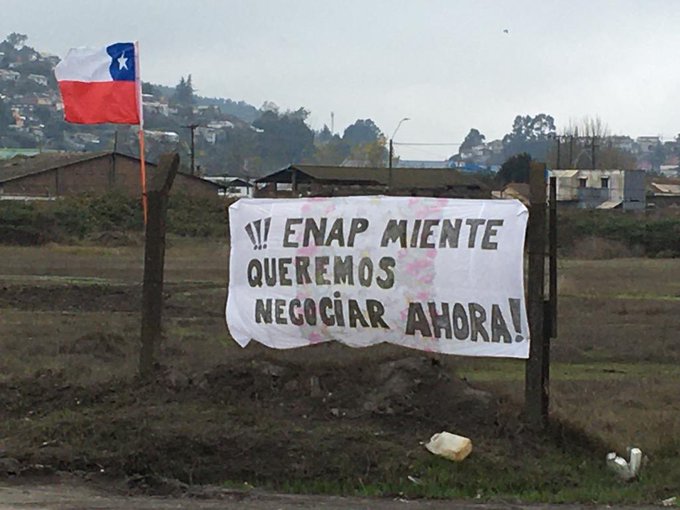 Chile is under growing pressure to decarbonize its transport system, not only to help combat climate change, but also to face potential emergencies such as the blockade that has affected fuel distribution by state-owned oil firm Enap.

The blockade of the firm's refinery in the Biobío region has threatened fuel distribution in the south of the country, with long lines reported at gas stations in the major cities of southern Chile over the weekend.

“[Energy transition] makes us more robust to face supply problems such as the one we’re facing right now. I believe that the country must advance with alternative energies and that’s what we’re going to promote,” transport minister Juan Carlos Muñoz told BNamericas when asked whether the Enap conflict would be an incentive for the energy transition in the transport sector.

Since last week, subcontractors led by national workers federation Fenatrasub have blocked access to the Enap refinery and the San Vicente port terminal as part of demands for negotiations to close the wage gap between contractors and the firm’s employees.

Muñoz emphasized that the main driver decarbonizing transportation in Chile is climate change and the reduction of greenhouse gas emissions, and that this commitment pre-dates the current government, but he pointed out that the issues surrounding ENAP could act as a new incentive.

The minister made these comments during a visit to construction works on the Melipilla-Santiago rail project (US$1.55bn), which is part of the government’s efforts to boost the use of railways across a country where highways remain the backbone of the transport system.

On that front, state-owned rail firm EFE plans to start works on the Batuco-Santiago rail line (US$650mn) this year, while works on a new rail bridge over the Biobío river (US$220mn) are set to begin in the next few days.

Meanwhile, the transport ministry (MTT) has also been integrating electric buses into public transport systems since 2018, and it has set a 2035 deadline to phase out sales of light, public transport and mining vehicles with internal combustion engines.

The single largest project is the US$3.5bn expansion of San Antonio port, assessment of which began in May 2020.