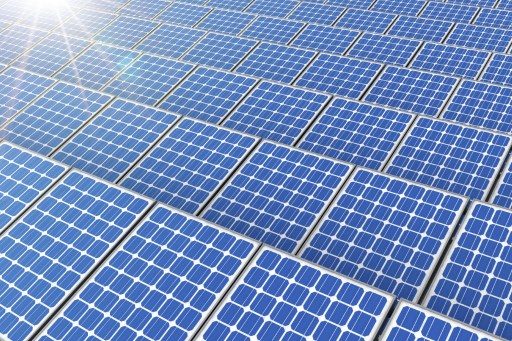 Just days into hurricane season, the Caribbean is mounting efforts to contain and manage the COVID-19 pandemic while preparing and adjusting electric power services ahead of a rising number of expected storms.

Standing on the front lines ahead of the hurricanes will be Caribbean power utilities and work crews, which will have to adapt to new social distancing guidelines just as the US NOAA weather service predicts a 60% chance of higher-than-usual hurricane activity in the Atlantic this year.

Electricity demand may be down overall but residential demand has spiked with stay-at-home orders, and utilities still have much to do to prepare before the big storms arrive in the coming months, said Ricardo Case, engineering services director at Jamaican utility JPS.

“With COVID, basically we had to tear down what we had and rebuild it based on a new reality,” said Case on Wednesday during a panel hosted by the OAS and the Energy and Climate Partnership of the Americas.

“A lot of demand curves have shifted and it may not return to pre-COVID.”

Case said, “New studies will have to be done to determine the best and optimized expansion plans for the grid. We’ll have to rationalize and repurpose fixed and stranded assets. We might have to halt or delay some of these large infrastructure projects that we were doing.”

Power restoration after a storm under a new power demand structure and with social distancing implemented will ultimately slow such efforts, Case explained, noting that JPS clients had come to expect very rapid restoration and it was now critical to communicate the new reality to manage expectations.

But public relations are also difficult at the moment. “Right now our customers are beating us up in the media because their bills have gone up… We’re being hated now in the media and that’s a big challenge for us.”

“I think there will be increased pressure for lower and flexible rates for customers with high residential consumption,” said Case.

On the positive side, Case said, “The business cases for some projects that in the past were very difficult to get approved have suddenly been approved. So COVID has actually given us that opportunity to leap forward.”

The tsunami of crises hitting the region has made its dependence on tourism and fossil fuels painfully clear, adding fresh urgency to renewable project development even as project finance dries up amid broad de-risking among the investors involved in Caribbean energy projects.

“The Caribbean’s extreme fragility has been exposed in the most brutal manner,” said Brian Samuel, public-private partnerships coordinator at the Caribbean Development Bank (CDB). “If people cannot fly, we cannot eat. And it’s a simple as that. That's how much we're dependent on the international world, on the world of tourism and on the world of trade."

Samuels suggested air travel will soon be like it was 40 years ago, far more expensive and more comfortable, as airlines are forced to reverse the current trend of packing more passengers on planes. This ultimately will hit tourism to the Caribbean hard.

“Cruise ships, well, that model is mortally wounded. I don’t see cruise ships rebounding any time soon. The mass model has proven in the face of COVID to be mortally flawed,” he said.

All-in-all, this structural change in tourism behavior means the 20-40% drop in GDP he expects to see this year in the Caribbean – an estimate higher than those seen to date for the subregion – is unlikely to improve much in 2021.

“All demand projections that were done prior to 2020 are invalid, because the world has literally paused, and there is no certainty. In fact I think that there's certainty that when it un-pauses itself, the world isn't going to get back to normal.”

“Existing investors are already invoking force majeure, which I heard from various people in talking around the Caribbean region,” said Samuel. “They’re making mention of it. Some of them have actually invoked the clause, and new investors are on hold.”

He added: “If I'm just about to close on a financing deal on a water project, electricity project, airport, roads, I'm going to say, ‘Hold on a second, I need to pause and look at these numbers again to see where this project, this country and this region is going.”

“COVID has made all infrastructure projects in the Caribbean more risky. The risk profile has gone up on all of them,” Samuel said. “The demand profiles have to come down, and new risk has appeared on the horizon that the people really never thought about.”

“In all my 20 years of working with IFC and doing PPP and privatization deals in Africa and in the Caribbean, when it comes to force majeure, I can barely remember any discussions over pandemic risk… now it’s different.”

“Who’s going to pay for pandemic risk?” asked Samuel. “If I’m an investor and I’m coming to Jamaica, Grenada, Barbados, and I’m going to say to the government, ‘If there is a pandemic risk, it’s your risk, not mine.’ That’s a different ballgame altogether. That entirely changes the risk profile to the government and to the people.”

What this means moving forward, added Samuel, is that “If we needed strong PPP policy before, we need it 10 times more now.”

“The multilateral development banks, including Caribbean Development Bank, World Bank, IFC… the whole alphabet soup, we need to get together and we need to channel technical assistance programs and to assist the Caribbean countries in getting infrastructure projects lost,” he added, suggesting it might be time to resurrect something like the Caribbean project development facility. This model “used in the 90s has to come back to make projects bankable.”

BUILDING IN RESILIENCE AND RENEWABLES

Beyond resource management and planning with the immediate health crisis and the coming hurricane season, the theme moving forward must be resilience, said sustainable energy expert Gerald Lindo of the Caribbean Centre for Renewable Energy and Energy Efficiency (CCREEE).

“One thing this crisis has shown us, if the hurricanes didn’t show us before and climate change didn’t show us already, was that we have to be planning for resilience and that can be for the kinds of things we face in the hurricane season, but also precisely for this sort of situation that we're facing now with COVID,” said Lindo.

“It's a shock to the system, a demand shock, and that has created operational challenges and changes that all of our utilities are going to have to face,” said Lindo. "We have to add an extra layer on top of the traditional integrated resource planning framework. We have to plan for resilience."

Much of that planning will be to integrate renewables into policy, according to Victoria Healey, project leader at the US National Renewable Energy Laboratory (NREL). Healey manages the Clean Energy Solutions Center, an initiative of the Clean Energy Ministerial (CEM) to provide resources, training and technical assistance services to policymakers and practitioners.

“Dealing with the risk and fallout of one of these events alone is incredibly challenging, but combining the two at the same time creates an overwhelming prospect and urgent need for actions, actions that are centered on energy, economic, social and environmental resiliency for the Caribbean,” said Healey in the webinar.

Countries in the Caribbean region are clearly most vulnerable and on the front lines of battling devastating hurricanes, and the region has been hit hard economically by the actions such as travel bans and forced business closures to contain the spread of COVID-19.

Healey explained that this view emerged from her research at the US National Renewable Energy Laboratory (NREL), funded by the US Department of Energy’s Energy Transition Initiative, as she created “island energy snapshots” that profile the energy landscapes island-by-island.

“The data I’ve collected from these snapshots demonstrate a rapid transition toward renewables and away from dependence on imported fossil fuels,” said Healey. However, “due to the pandemic, I understand that there are now delays in planned projects.”

She cited several common threads of discussion emerging from a vice-ministerial meeting Tuesday between the International Renewable Energy Agency (IRENA) and the Alliance of Small Island States, suggesting the critical nature of renewable project development.

“There is a need for renewable energy project finance that's easier to access. Many processes in place are costly, complex and time consuming,” she pointed out.

“How do the islands increase the number of bankable renewable energy projects to attract investments, especially now as investors face their own COVID-19 related economic challenges, such as loss of jobs within their sector, uncertainty in the marketplace and increased number of defaults?”

“There's a need to break from the strong reliance on imported fossil fuels and switch to using indigenous renewable resources, like solar, wind and geothermal, to fulfill energy and electricity needs,” she said. “This need is particularly important in the context of the Caribbean, as we have seen disruptions in supply chains and continued volatility and fluctuations in oil prices.”

In terms of potential policy development to address such concerns, Healey pointed to a recent policy brief from the World Future Council that recommends scaling up existing renewable policies, designating renewables as ‘critical’ and ‘essential’ to ensure continuity throughout the supply chain.

There is also the need to increase nations’ renewable energy targets, while making sure they are achievable, and able to adapt in emergencies. Also, policies need to be adopted to commit resources to investments in next-generation energy infrastructure, including smart grids, variable renewables and e-mobility charging structure.

“The insecurity resulting from the ongoing pandemic is influencing risk appetite of financial institutions. High shares of capital expenditure, or capex, are always a basic condition for any investor to engage in the energy sector,” said Healey. “Therefore, including additional or new de-risking provisions into current renewable frameworks is more important now than ever.”

Ultimately, said Healey, “The main barrier to more renewable energy investments is not lack of investment capital but rather a lack of bankable projects.”

India sees opportunities for the establishment of companies and industries, especially in the field of energy, in Paraguay

Colombia's state-run oil company began a green hydrogen pilot at its Cartagena refinery in April and will announce another project in the coming we...

Which gas producers are likely to benefit from Eletrobras’ first tender?