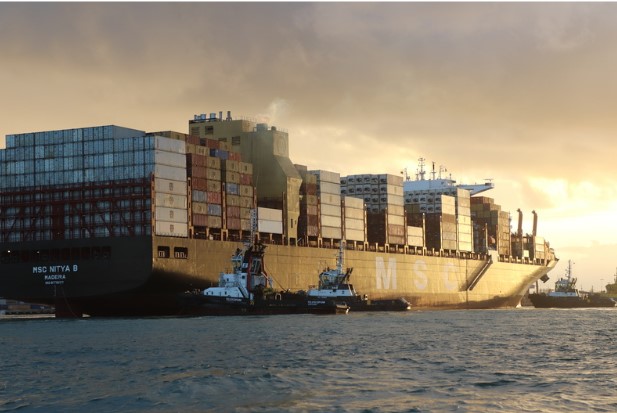 Brazil’s Suape port, in Pernambuco state, is doubling down on digital transformation with projects for a new terminal operating system (TOS), a 5G-based access control system and partnerships with logistics startups.

“The port has already been using the ArcGis platform for territorial monitoring with georeferencing, including for maritime traffic control. In addition, we are developing a PoC [proof of concept] to control entry, exit and positioning of vehicles on our premises, using 5G technology,” port management director Nilson Monteiro told BNamericas.

“We also have the Locus de Inovação project, in partnership with Universidade de Pernambuco, to find technological solutions to the port's problems, integrating with the entire innovation ecosystem in the region,” added Monteiro.

Despite the investment in the 5G-based control system, Suape has no plans to install a private network, he said.

As BNamericas recently reported, Santos Port Authority (SPA), the state-owned company that manages Latin America's largest port, was planning to file for a license with telecom regulator Anatel to develop its own private 5G network.

Developed in partnership with systems integrator Trópico, the network relies on antennas from China's Sunwave installed in the first quarter of 2022. Anatel's private network license for TCP was approved in May last year.

The system is used by the global maritime industry to monitor a range of activities across an entire port or inland terminal and was developed for Suape by the Recife Center for Advanced Studies and Systems (Cesar).

Of five planned TOS modules, two have already been delivered.

“The project saw two important releases. The first was the availability of the maritime module, in June 2022, and, in December, the operations module was delivered,” Gomes told BNamericas.

“With these two modules, Suape was able to start replacing the most relevant parts of its current management process by using the system in a real-time environment. The expectation is that the financial and statistical modules be made available in April. The storage module has not yet been scheduled for delivery,” he said.

TOS includes information on time and number of arriving cargo ships, supporting Suape to understand the cargo they carry – liquid, solid, container or other – and their needs: berthing alignment, loading/unloading schedule, as well as the control and monitoring of the operation and storage.

According to Monteiro, the goal is to optimize the complexity of Suape's operation.

Because deployment is in early stages, he said the financial gains could not yet be measured. Without providing details, he said the administration has advanced on data integration with other systems and with companies that use the port.

The Suape TOS, for example, is integrated into Porto Sem Papel (paperless port), a federal government initiative to digitize port operation and expedite the entry and exit of ships.

Suape is said to be the first port fully integrated with this platform.

Cesar is also working with container terminal Tecon Suape to integrate the terminal's system with the TOS.

“The solution is already integrated with port agents, Porto Sem Papel and [vessel tracking platform] Marine Traffic and will be integrated with Pilotage, the federal revenue service and sector regulator Antaq, for example,” said Gomes.

Cesar could also provide solutions for other ports in Brazil, focused both on TOS and the port community system.

Suape is forecasting investments of around 4mn reais (US$775,000) in innovation and technology this year, said Monteiro.

Between 2017 and 2022, it invested 37bn reais overall in operations and processes.

Construction of a 2.6bn-real terminal belonging to Maersk at Pernambuco port is expected to begin in 2023 and operations in 2026.

The Company reinforces its positioning as a digital services platform.

Want to read more information about How Brazil’s Suape port is stepping up its digital processes?