A biotech solution for the mining sector 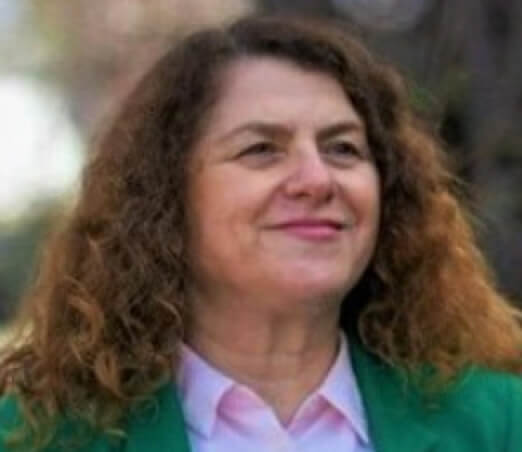 The safe and efficient handling of tailings is a critical issue for a mining sector that seeks to remain competitive and become environmentally sustainable.

Chilean startup Domolif seeks to help it achieve both objectives through the use of biotechnological solutions involving bacteria. Under the circular economy concept, Domolif focuses on providing construction material made from tailings.

BNamericas: What were the main reasons that motivated Domolif to seek a biotech solution for tailings management?

Chávez: Various mining processes are polluting. When we started working for the mining sector in 2014, we realized that 70% of tailings water was lost through filtration and/or evaporation. That is why we sought solutions through microbiology.

We first proposed safer tailings disposal, changing from sludge to solid. Then we found bacteria capable of segmenting tailings to recover water and we analyzed how to use tailings as raw material to do something else. While [others] were thinking about how to control tailings, we were doing pilots to produce cement from tailings. This is how green concrete emerged, which aims to make prefabricated materials using 100% materials from mining tailings.

Another big mining problem is pollution by particulate matter that affects people by breathing high silica content. Chile has a national plan to eradicate silicosis by 2030, but the numbers have been increasing because extraction has increased and therefore the movement of earth too.

Searching for existing solutions, we only found protective materials such as masks or extraction hoods, but none of them could do the job in the place. We found a microorganism capable of extracting oxygen molecules from breathable silica dioxide to convert them into crystals of higher molecular weight. Due to their weight, they aren't suspended and become unbreathable.

Currently, we're in the process of validating and commercializing this product to definitively eradicate silica from the emission source.

BNamericas: What are the benefits of green concrete?

Chávez: We make a substitute for cement. In terms of installed capacity, if the entire cement industry was one country, it would be the third most polluting country. It's not a sustainable enterprise. But there's more awareness about the importance of using sustainable materials, such as green concrete, for construction.

BNamericas: How is water recovered from the tailings?

Chávez: Water is reinjected and goes to the concentrator. This water is much cheaper than desalinated water. Therefore, recovering water from tailings brings great benefits to the process.

BNamericas: Which mining companies are using this type of innovation?

Chávez: We're working with Antofagasta Minerals and BHP. But there's worldwide interest and we have been called from Australia and Brazil.

BNamericas: What investment is required to adopt these technologies?

Chávez: It's not as expensive as one might think. This application arises from a joint effort between the mining company and research teams to gradually resolve bottlenecks. In terms of investment, clients have been motivated and are investing in the first steps of the necessary research.

BNamericas: How is Domolif involved in mining biotech projects?

Chávez: Much of tailings disposal and recovery is done in pilot tests to determine viability. Many companies have been testing. In particular, Escondida has studied these technologies well. With them, we piloted at the Laguna Seca dam and it worked quite well.

The particularity of making cement is due to how the tailings are disposed of, meaning some changes depend on the companies. We act as the developers of the enabling technologies for these transformations.

BNamericas: What is missing to perfect your solutions?

Chávez: We're evaluating thickeners because tailings are concentrated or thickened to remove as much water as possible, with a limit imposed by biology with which tailings can be put into the dams. This thickening process is already a great revolution, but technologies are still lacking, such as an online rheometer that enables alerts to be sent when tailings are ready to go.

It is important to control rheology to improve thickeners and measure the composition of particles that will reach the thickener. In this way, it will be possible to better determine the spacing and water recovery times. From what we have seen in the world, no one uses this tool that allows construction materials to be obtained from tailings.

BNamericas: Will you commercialize the innovations?

Chávez: We are developing a product that uses flocculant to lower succulent consumption and optimize water circulation, considering the particularities of solids. Technological development is lacking in these areas, but we're making progress. For now, we want to make these first big steps known and will continue evaluating how to achieve greater resistance and better results from 100% tailings.

BNamericas: In which other mining areas could biotechnology help consolidate a circular economy?

Chávez: Another service we offer is the integrity of materials [exposed to] corrosion. As desalination and transportation of water from the sea increases, whether as seawater, desalinated water or a mixture of waters from different sources, for example, from thermoelectric plants, corrosion is generated, because water contains bacteria and biological agents that accelerate pipeline corrosion.

We developed a specialized monitoring and control service, evaluation of coatings and materials that use biocides and corrosion control agents. We act as inspectors to check that everything is working well to avoid plant stoppages due to corrosion events.

BNamericas: What are your desalination projects?

Chávez: We have projects for both domestic consumption and industrial use. We're specialists in the field thanks to our knowledge of microorganisms and marine organisms. But, unfortunately, most desalination plant engineering doesn't consider these elements and the pipelines for water adduction in mining never reach the promised useful life. They usually last less than five years, since the materials must be changed.

We measure corrosion and evaluate products needed to stop corrosion and extend the useful life of pipes as much as possible, which is one of the highest investments in projects. We have evaluated water pressure for large companies, defining the types of pipes needed, coatings, etc. The projects take on average 10 years and in that period, several changes take place.

For example, we started with a desalination plant project in 2011 and all current water data had to be altered due to evaporation, pollution, new inflows of continental water, volcanic activity, and so on. Therefore, monitoring must be permanent.

BNamericas: What to do in case of tailings leaks?

Chávez: We give notice much earlier so that this doesn't happen and we use materials to reverse and protect from the effects of corrosion, especially in marine environments.

There is also the problem of marine invertebrates, since huge amounts of jellyfish come out of the filters, which didn't happen before. Nowadays, it rains in places where it never rained before or the amount of rain recorded in 100 years now falls in two hours. The damage of climate change exceeds engineering [capability].

Unusual rains last year also overwhelmed operations at Collahuasi, wiping out infrastructure designed to withstand the worst earthquake and 200-year rain expectations. Climate change impacted the numbers, the rains, etc. Here, our support is essential to prevent disasters, to redistribute materials and reinforce weak points before disasters occur, because in the end this is much more expensive than scheduled maintenance.

Want to read more information about A biotech solution for the mining sector?