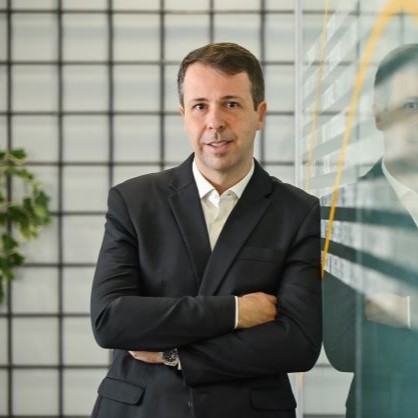 Newly created Gerdau Next will hold 33.33% and NW Capital the rest.

Juliano Prado, vice-president of Gerdau and responsible for Gerdau Next, talks with BNamericas about the investment and the company’s sustainability plans.

BNamericas: Why did Gerdau decide to invest up to 1.5bn reais in Newave Energia?

Prado: In addition to participation in the platform, the deal also includes the long-term acquisition of energy by Gerdau and its subsidiaries, corresponding to up to 30% of the energy generated by power generation projects directly or indirectly owned by Newave Energia and its subsidiaries, on a self-production basis.

The operation aims to generate greater competitiveness for steel production costs, in addition to supplying Gerdau's industrial units in the country with renewable energy, as part of its commitment to reduce its greenhouse gas emissions.

This initiative is another step in our decarbonization journey. With this investment, Gerdau expects a reduction of around 189,000tCO2e [tons of carbon dioxide equivalent] per year or around 9.6% of scope 2 emissions.

The Newave Energia investment also reinforces Gerdau Next's mission to diversify the business portfolio of the largest Brazilian steel producer in strategic segments such as sustainability, which includes other renewable energy projects, such as the construction of solar parks in Brazil.

BNamericas: What is the disbursement period for this investment?

Prado: Gerdau Next will invest up to 1.5bn reais in Newave Energia, divided into two stages. In the first phase, the company will contribute 500mn reais throughout 2023, while the second stage includes up to 1bn reais, subject to the achievement of certain performance targets.

BNamericas: Will Gerdau use its own resources or seek external funding?

Prado: Gerdau Next will invest up to 1.5bn reais In turn, the investment made by NW Capital, together with investment funds distributed by XP Investimentos, will be 1bn reais in 2023 and, in a second phase, up to 2bn reais to be subscribed by investors.

BNamericas: Is Gerdau interested in other energy sources apart from Newave’s wind and solar projects to diversify its matrix?

Prado: We are investing in renewable energy projects through Gerdau Next, including solar energy parks in Brazil and the US. These investments reinforce Gerdau's commitment to reduce its greenhouse gas emissions in the coming years in Brazil and the Americas.

Gerdau aims to reduce its scope 1 and 2 greenhouse gas emissions to 0.83tCO2e per ton of steel in 2031, about 50% less than the steel industry’s global average.

BNamericas: As a big energy consumer, does Gerdau plan to use or invest in green hydrogen?

Prado: Many technologies have emerged, but few are scalable and this is one of the great challenges for decarbonization. We believe that dialog and joint construction with various actors in society is necessary for the implementation of public policies, new technologies and improvement of industrial processes. To this end, Gerdau has participated in collaboration with industry entities, universities and research centers in the search for disruptive technologies for steel production.

BNamericas: Will the steel sector drive major renewable energy demand in coming years and do you think companies will acquire more energy assets?

Prado: I would like to take this opportunity to highlight that 71% of the steel we produce comes from the recycling of ferrous scrap. We are the largest recycler of this component in Latin America, with 11Mt of scrap transformed into steel annually. Steel is an infinitely recyclable material, and for every ton of scrap recycled, 1.5tCO2e are avoided.

To achieve this goal, Gerdau, in addition to increasing the use of biomass, will increase the use of ferrous scrap as a raw material for steel production, expand its forest area (responsible for the production of charcoal, which works as a bio-reducer in the manufacture of pig iron), and will grow the use of renewable energy, such as the solar parks already announced in Brazil and in the US. The company will also invest in initiatives for greater energy and operational efficiency at its units, in new technologies and open innovation.

Want to read more information about How Brazil's Gerdau is upping its renewable energy game?