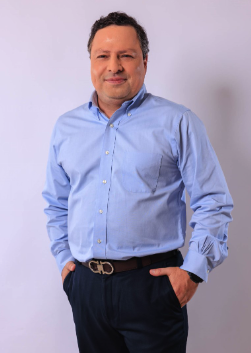 Head of Argos for Central America, Gustavo Uribe, tells BNamericas about the hurdles to overcome, legislative challenges and more.

BNamericas: How crucial are infrastructure projects in Central America for the company?

In business terms, investment in these projects has two fundamental effects: it generates significant consumption of cement and aggregates, but it also has a very important multiplier effect in Colombia. Investment in infrastructure and housing moves more or less 35 sectors of the economy and touches about 50% of GDP because it generates stable jobs for a significant number of people. Primary demand generated by the projects in terms of consumption ends up being the most important thing.

BNamericas: And which Central American projects are particularly important?

Uribe: Let’s split them up: Panama is the market that fell the most due to COVID-19 globally, and it is among the countries that has taken the longest to emerge from the pandemic because we were locked up for about six months longer than the rest, but also because all infrastructure projects were stopped.

For now, the only relevant ones in which we participate are associated with the metro: The largest project is line No. 3, for which we will deliver around 165,000m3 over the course of two years, and a small extension of line No. 1, which is around 75,000m3 of concrete. But they are the only two active projects and they are consuming construction materials.

In Honduras we also have two very significant ones: The first is the completion of the Palmerola international airport and the other is the San José dam in Tegucigalpa, where we will deliver around 23,000m3 of concrete, as it is essential to supply drinking water to the population of Tegucigalpa, which has in the last five or even 10 years suffered droughts and rationing during summer.

BNamericas: Do you have projects in other countries aside from Panama and Honduras?

Uribe: Also in Guatemala. But it's a small, emerging operation and doesn't yet have the scale [of] big projects.

BNamericas: What has been your experience working in these countries?

Uribe: The first thing I’d say is that there is a reality that is a challenge but also the main opportunity: A very high percentage of infrastructure project financing in these countries comes from public investment, [often] 100% from the state's wallet. All these countries were affected by the rise in fuel prices because they are all net importers, so they were squeezed and their fuel costs doubled, which greatly affected their fiscal situation. Therefore, the investment cost was higher and the capacity to undertake infrastructure works was much lower.

That's why it took so long to start these projects. These countries have large backlogs because they know what they have to build and what the priority infrastructure is, but they don't have the means to finance.

I believe that the structured implementation of public-private partnerships (PPPs) is the correct mechanism for flows of foreign investment to these countries to solve a problem that is essential for growth and development. In addition, a 'rule of law' platform is needed, that is, implementing legal certainty and well-structured programs, as well as working on corruption issues.

It has been difficult to return to the path of projects due to the dire economic straits and I believe the great opportunity is on the side of PPPs and promoting them to attract investment that generates that multiplier effect.

BNamericas: There are projects in Central America but no way to finance them?

Uribe: Dreams are never a limitation for people. How to make them come true is the great limitation and I think this happens even in countries. The 'letter to Santa Claus' is gigantic, but there is no way to finance these projects. [It is necessary] to create sustainable mechanisms such as PPPs, and shield them with state contracts with legal certainty.

Chile is a very successful case and I believe that Colombia has been learning with its 5G infrastructure concessions. [Both] have a lot to share with Central America to enable this possibility of generating massive infrastructure.

BNamericas: Should this change toward PPPs come at the legislative level?

Uribe: Laws are needed that allow the creation of PPPs, including regulation of those laws. In addition, the correct signs of respect for private property, such as the correct incentives, are required.

For example, Honduras needs gigantic investment in electrical infrastructure. They are going through a great crisis and unfortunately they are sending the wrong signals, although they previously advanced positively by creating a market, a regulatory entity, separation of generation, distribution and commercialization. But now the government has resumed a model of energy asset control.

Neighboring Guatemala made certain decisions 15 years ago and today has cheap energy costs, a super competitive electrical network and exports energy, so it is definitely an issue at the level of laws, at the state level to think about a cycle that transcends that of the government in power.

BNamericas: Why did you choose Panama and Honduras as entry points?

Uribe: Due to natural and select reasons. We entered Panama first. The largest investor in Panama, perhaps after the US and I don't know if maybe even larger, are Colombian companies. Panama is very similar to Colombia: the culture is similar, the food is similar, and it has an economic situation that makes it attractive for investment.

About Honduras, I could mention almost the same except for economic strength. However, for a company that has its headquarters in Colombia, Central America is part of its natural market, which is a reason to arrive in Guatemala and the ambition to continue growing our presence in Central America: we know how to leverage knowledge and capabilities, and build synergies in this region.

In 2000, Argos made a commitment to diversify its market. We went from being eight companies concentrated in Colombia to being one large company, but with a market risk of being 100% concentrated in Colombia. We embarked on a path similar to that of Bimbo or [Mexico’s] Cemex and said: ‘We are going to redirect those cash flows or that financial capacity to expand the market.’

We made two decisions: Go to the US to invest in hard currency, and in a market connected to the Colombian Caribbean, and have a network of maritime and port assets on both sides. Also, through the Caribbean basin, we created a network of assets in Panama, Honduras, Haiti, the Dominican Republic, Guyana. The entire set of Argos assets is designed through connectivity in the Caribbean basin and that was the expansion strategy.

BNamericas: What's next in this strategy?

Uribe: We are in the process of separating our operation from the US and turning it into an independent company to list it on the New York stock exchange. We already advanced that process. The company is doing very well and we are waiting for the right time for that listing to happen. It should allow the company to fly alone, to attract qualified and ordinary investors, allow financing capacity at the costs of US companies, and that will give Argos USA very important power.

This listing will also allow the company to have financial flexibility to undertake a new growth cycle, and we are [about] to see what path we should follow for a new phase. What I can say is that it will be very focused on the values of this company: on sustainability, on growth really being a lever for the construction of housing and infrastructure, because we want to be that ally to help close housing deficits, both quantitatively and qualitatively.

BNamericas: Do you have a date for the NYSE operation?

Uribe: Those moves will be made when the stock market shows appetite, but as a company we are prepared.

The PPP contract is part of a US$292mn three-stage plan focused on the stretch between Las Garzas in Panamá province and Yaviza in Darién province.