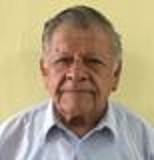 Paraguay has not been untouched by extreme events linked to climate change. Frequent floods cause emergencies on the road network, while the authorities admit that heavy rains have hindered the development of infrastructure projects.

In this context, BNamericas spoke with professor Genaro Coronel, coordinator of the climate change working group of Universidad Nacional de Asunción, about the sectors that have been worst affected and the risks this poses to the country.

BNamericas: You participated in a report from the ministry of finance on the risks of climate change in 2009. How has the scenario evolved since then?

Colonel: The political issue is a problem now. We continue working on research. It has been coming and the topic has been established. The biggest problems now are health and water.

The most noticeable effects have been floods, particularly in Ñeembucú [department]. There are a lot of people below the poverty line there and with the floods they now also have a proliferation of mosquitoes, to the point that President [Mario Abdo Benitez] is expected to declare a general alert in this regard.

On the other hand, in the Paraguayan Chaco there's a big problem of drought. That increases the probability of forest fires. That's an area with an important quantity of livestock, and for some it has been more feasible to burn forests to grow food for livestock. Further east there's significant deforestation, and with this the emissions increase. We've seen it through NASA satellite data.

There's concern about how to make politicians understand this problem, about what's going to be lost. We're working on that.

The environment ministry also dedicated to this, but they want to focus on conducting studies and there doesn't seem to be any funding. We had that problem in 2004, when we proposed a Master's degree in global change, which included aspects of climate change. They didn't give us the financing and now that's on stand-by.

BNamericas: What are the main infrastructure issues?

Colonel: The floods. In the Chaco there are plans to build the Bioceanic corridor, which is expected to connect Brazil to Pacific ports, but there the temperatures currently exceed 40°C and when it rains you can't even get to work for a long time.

The problem of flooding is especially prevalent in the south, and in Asunción it's becoming increasingly problematic.

The sewerage system there has already been exceeded for some time. In addition to the rains, there's a cultural problem with which people block all the drains. There are preparations to deal with floods, but these are very slow and climate change is rapid.

BNamericas: Do you think this will begin despite the pace of economic growth in Paraguay in the short or medium term?

Colonel: Yes. In addition to the floods, there are laws for which compliance isn't being monitored. The legislation says that there can't be settlements on the edge of rivers, but they end up creating them anyway, and when the rains come the rivers grow and take everything away. Instead of exercising the law, the government just ends up helping those who lose their home because they put it where they shouldn't have done.

Bill sanctioned that cancels invoices issued by ANDE and ESSAP

Bill sanctioned that cancels invoices issued by ANDE and ESSAP

Paraguay to push US$1.8bn in infra works in reactivation plan

The government has included 12 road and water infrastructure projects in its economic recovery plan, which will entail US$2-2.5bn in total investme...