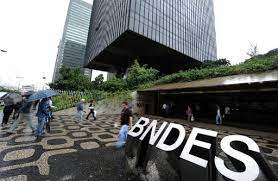 Brazilian development bank BNDES is ready to boost lending in the coming years, but without returning to a policy of subsidized interest rates, according to the lender’s current head.

"The bank no longer operates based on subsidies, we no longer have beneficiaries, but we have clients. The most important thing we must understand is that BNDES should not be measured by loans or profits, but by the number of companies and projects that it ends up making viable, being a multi-services institution," said BNDES president Gustavo Montezano in response to a question from BNamericas during its Q3 presentation.

These forecasts generated doubts among some economists as Luiz Inácio Lula da Silva will become the country’s new president on January 1.

"We know that with the election of a new president in Brazil, BNDES will also have a new board. So to really be certain that these projections will come true, [we have to know] who will be the bank’s new president and the guidelines of the board," Roberto Troster, former chief economist at Brazilian banking federation Febraban and now an economist at consultancy Troster & Associados, told BNamericas.

Montezano, who announced that he will leave his post by year-end, said he hoped the new government would continue with BNDES’ current focus of structuring concession projects for state governments, lending to SMEs, and supporting project finance operations with other banks.

"We already have a team at BNDES that is prepared to help the new government in the transition process at the bank, and I’m here to help until the day I leave," he said.

Lula has not yet appointed his ministers nor the executives that will take charge of federal companies like BNDES.

Economist and former president of local bank Banco Fator, Gabriel Galípolo, is one of the names that Lula is considering as the next head of BNDES, a source with knowledge of the matter told BNamericas, speaking on the condition of anonymity.

During the previous governments of Lula's Workers Party (PT), BNDES had a strong focus on providing loans to large companies with subsidized interest rates. This policy of helping domestic firms expand at home and abroad ended up having a negative impact on public finances.

The policy was abandoned in mid-2016 when Michel Temer became the country’s president and analysts are now waiting to see if the PT will push for BNDES to play a more active role in the economy.

"The next BNDES administration has to focus on structuring long-term financing and not on any model that means a return to subsidized loans. In Brazil, there’s a lack of long-term financing lines for projects and BNDES is really the only bank that’s able to fill this gap due to its risk profile," said Troster.

Montezano became BNDES president in early 2019 and under his leadership the bank supported federal and local governments in the structuring of many concessions and public-private partnership projects.

"Our work structuring concessions and PPPs in the infrastructure area resulted in a total of 250bn reais in mobilized capital and our portfolio currently has 153 projects being structured with more than 215bn reais in capital that will be mobilized in the coming years," said Montezano.

The funds from the development bank will help Aegea finance works that are included in two concessions in Rio de Janeiro state.