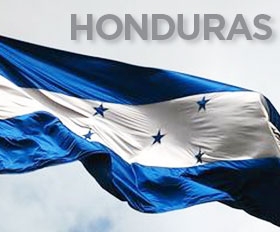 The local government of the central district, home to Honduran capital Tegucigalpa, is planning to develop a number of infrastructure projects this year, including building dams, expanding the sewerage network, implementing a BRT system and a cable car, among others.

With the aim of solving the potable water deficit facing the capital, the government is planning to seek an investor who can build one or two dams, mayor Nasry Asfura told local paper La Tribuna.

According to Asfura, building the two dams would require investments of US$60-70mn. The contracts would be awarded for 15 years, with the initial two years being used to build the infrastructure. Following that term, operation of the infrastructure would be handed over to the government.

The mayor denied that building the dams under these models implies the privatization of water services.

Local authorities are also seeking to replace outdated sewage pipelines in the city neighborhoods of Guanacaste and 21 de Octubre.

The mayor also said that the Trans-450 BRT system is expected to open by the end of the year after concluding negotiations with some public transport concessionaries. Works on this project began in 2013 and have faced many obstacles since then. Pending construction works only amounts to 5% of the project, Asfura said.

Although still in the early stage of planning, authorities are also looking at construction of a cable car system for mass transport. The 4.3km line would serve to move 20,000-30,000 people a day from the Ciudad Lempira area to the national stadium. Some preliminary studies have already been carried out on the project, Asfura said.

Is Mexico the world's second most violent country?

The situation is dire and has escalated recently to "a level akin to armed conflicts," says the International institute for Strategic Studies.

The Honduran government spent over US$3mn to carry out waterworks and road infrastructure projects in the city of Comayagüela.

Honduras to invest in reservoirs in agricultural areas

Other projects in: Water & Waste (Honduras)