Minister Sánchez: Cochabamba will be the most important petrochemical fertilizer pole in South America 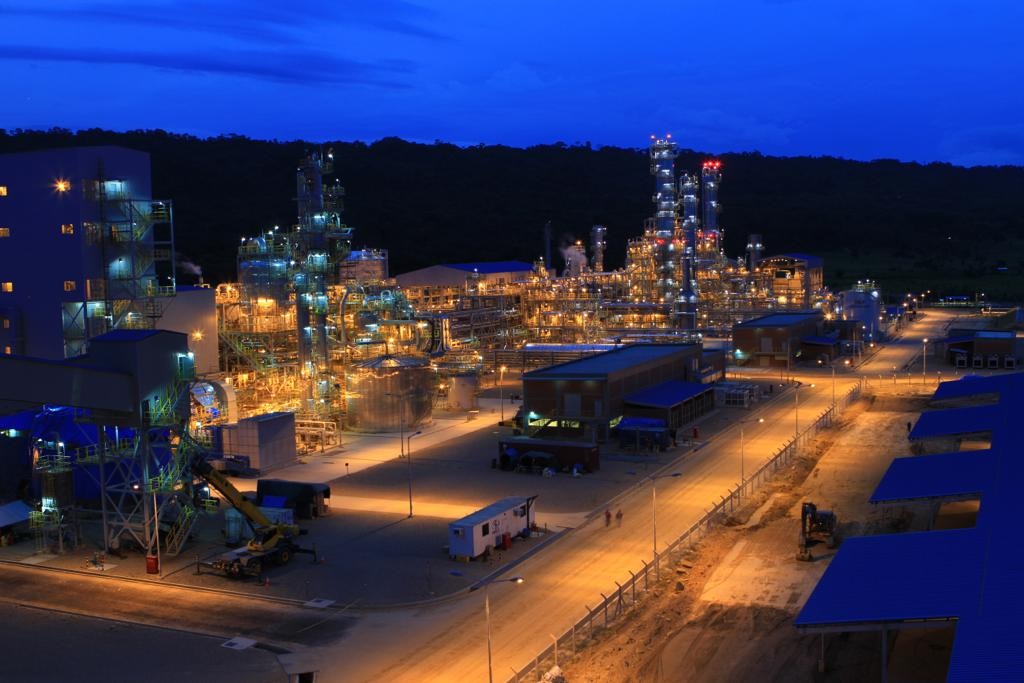 UCOM-MH-14-09-2019.- “Cochabamba celebrates today its departmental event, being the cradle of the industrialization of hydrocarbons in Bolivia and projected to be the most important petrochemical fertilizer pole in South America, with the construction of six new plants that will boost the fertilizer industry in the country, ”said the Minister of Hydrocarbons, Luis Alberto Sánchez, on Saturday.

Sanchez said that the six new plants that will be added to the two already existing (Amoniaco - Urea) will strengthen Bolivia's agro-productive capacity, "making the country a benchmark in the production of fertilizers in the region."

The six new plants that will be built are: Methanol, Formaldehyde Urea, Potassium Nitrate Phosphorus, Ammonium Nitrate, Monoammonium Phosphate and Diammonium Phosphate, “these new plants or synthesis units will help us optimize fertilizers. Bolivia lives a new era, the petrochemical era. There are more achievements for Bolivia, more projects to fulfill, more opportunities, more development and industrialization continues, ”he said.

The Methanol plant will produce the indispensable input required for the preparation of urea formaldehyde, which in turn is necessary in the manufacture of granulated urea in the Ammonia - Urea plant. This new plant will save the cost of importing this additive. The Urea Formaldehyde plant will be used to manufacture the compound of the same name that is required for the manufacture of granulated urea in the Urea Ammonia plant, giving it some hardness. "Soon these two new plants will be tendered," Sanchez said.

He also explained that the Monoammonium Phosphate plant will prepare the fertilizer of the same name that will be destined to farmland that by its characteristics require phosphorus and nitrogen that is produced from ammonia. It supplies the soil with nitrogen and phosphorus nutrients. The Diammonium Phosphate plant will produce a fertilizer similar to monoammonium phosphate, but which contains a higher percentage of nitrogen than the previous one. It also supplies nitrogen and phosphorus with nutrients. It is used in arable land that requires these fertilizer characteristics.

Sánchez reported that the Amoniaco - Urea plant is producing with a capacity of close to 90%, being operated by Bolivian professionals.

So far this year, he said, there is a production of almost 250,000 tons. "The sale in the national market is approximately 19,000 tons, hoping to end the year with about 40,000 tons, increasing consumption in agriculture by 60% obtaining benefits for the farmer."

This Ministry of Hydrocarbons release was published using machine translation.

Santa Cruz, La Paz and Cochabamba consume 77% of diesel and gasoline marketed in the country

Energy Transition: Bolivia substituted 50% of the use of gas with renewable energies

The Bolivian Senate approves five exploration and exploitation contracts that could generate around $1.7 billion in...

Bolivia will build the Biodiesel-1 Plant with high-tech equipment manufactured in Europe, Asia and Brazil

Want to read more information about Minister Sánchez: Cochabamba will be the most important petrochemical fertilizer pole in South America?