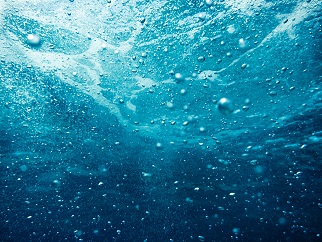 The open season runs until April 7, which is the deadline for submitting offers.

With equivalent capacity of 2.5MW, Adelaida is designed to produce up to 1,000kg/d, using power from renewable sources and desalinated water.

Planned for the site of the AES Andes 545MW Angamos thermoelectric plant in Mejillones, the complex will also have two hydrogen fueling stations for the likes of mining or port sector vehicles. Construction of the facility is due to start mid-2023, with operations scheduled to begin in 2024. Angamos' two coal-fired units are expected to be available for retirement from 2025.

Javier Dib, CEO of AES Andes, said the initiative seeks to “activate the market and trigger a specific demand on the part of the companies that would like to have more sustainable and environmentally friendly operations.”

He added: “This is the first green hydrogen open season to be held in South America and it is also an excellent showcase for the country.”

Chile has a portfolio of green hydrogen projects targeting the domestic offtake and export markets, leveraging wind resources in the south and solar in the north. Given the infrastructure and potential consumers in the north, home to industrial hubs, that part of the country is seen as best positioned to lead the charge.

The company holds a 100% stake in the licenses and a 35% interest in areas in the North Falkland basin, where a final investment decision on the Sea Lion project could be made by end-2024, officials said recently.

Rockhopper CEO Samuel Moody said in a regulatory filing: “Whilst our primary focus is on working with Navitas to bring the Sea Lion development in the North Falkland basin to fruition, this extension will enable us to progress our understanding of these highly prospective licences in the south – in particular, the PL011 licence which adjoins the Borders & Southern Darwin discovery – which offer the opportunity for future regional development in the Falklands.”

The price hikes are in line with the government’s Precios Justos (fair price) program, designed to help tackle soaring inflation, currently nudging 90% annually. Under Precios Justos, prices at the pump cannot rise more than 4% in December-February and by 3.5% in March.

The government introduced a biofuels law in 2021 and later published associated secondary legislation to guide its implementation. The biofuels law, in force until end-2030, was branded a promotional regime by the government, with some quarters of the biofuel industry criticizing it as damaging to the sector.

State energy company Enarsa asked international firms to indicate how many LNG shipments they would be willing to send – and at what price – in 2023, local media outlet EconoJournal reported.

Officials received non-binding quotes from at least five of its usual suppliers for a total of up to 30 shipments, volumes that could cost an estimated US$2.0bn, the report said.

Enarsa reportedly offered to make a partial upfront payment for the imports.

With more than 10 years of experience in the sector, Adrian will be the new country manager for Vestas in Chile, in addition to being the director ...

Pampa Energía: Acquisition of 50% of Greenwind S.A. - change of control