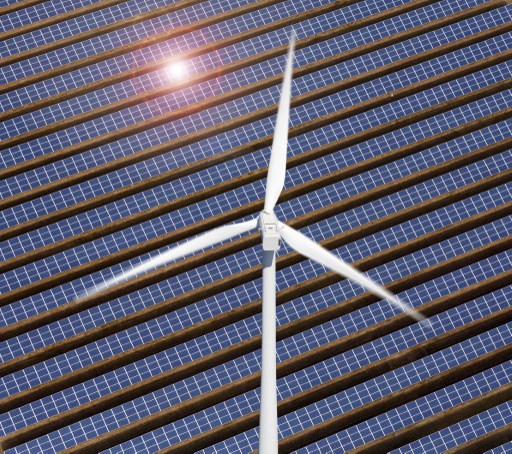 In its first global renewables report, released Monday, Irena's director-general, Francesco La Camera, wrote, “COVID-19 does not change the existential path required to decarbonize our societies and meet sustainability goals. By accelerating renewables and making the energy transition an integral part of the wider recovery, governments can achieve multiple economic and social objectives in the pursuit of a resilient future that leaves nobody behind.”

He added that goals set in the UN's 2030 agenda and the Paris Agreement “can serve as a compass” with nationally determined contributions (NDCs), to be presented by year-end under the Paris Agreement, “serving as the backbone of every nation’s stimulus package.”

La Camera said, “stimulus and recovery packages should accelerate the shift to sustainable, decarbonized economies and resilient inclusive societies,” adding that while the current oil and gas price volatility “undermines” investment, it makes “the business case for renewables even stronger.”

HOW BIG A BOOM?

Renewable installed capacity is set to boom in the region, rising from the 214GW capacity Irena recorded in 2017 - including bioenergy, hydro, solar PV, wind - to 376GW by 2030.

Under the PES scenario, wind and solar PV will rise most dramatically, from 17GW to 74GW and from 5GW to 76GW, respectively. And total renewables capacity would reach 630GW by 2050.

Under the more ambitious TES scenario capacity would hit 803GW, with 281GW in solar PV and 188GW in wind.

Energy usage in the LAC, according to Irena, should be contained with improved infrastructure and efficiency regulation, including region-wide policy coordination to lower system costs, foment distributed power for isolated communities, and promote clean cooking technologies over traditional ones such as wood-burning. 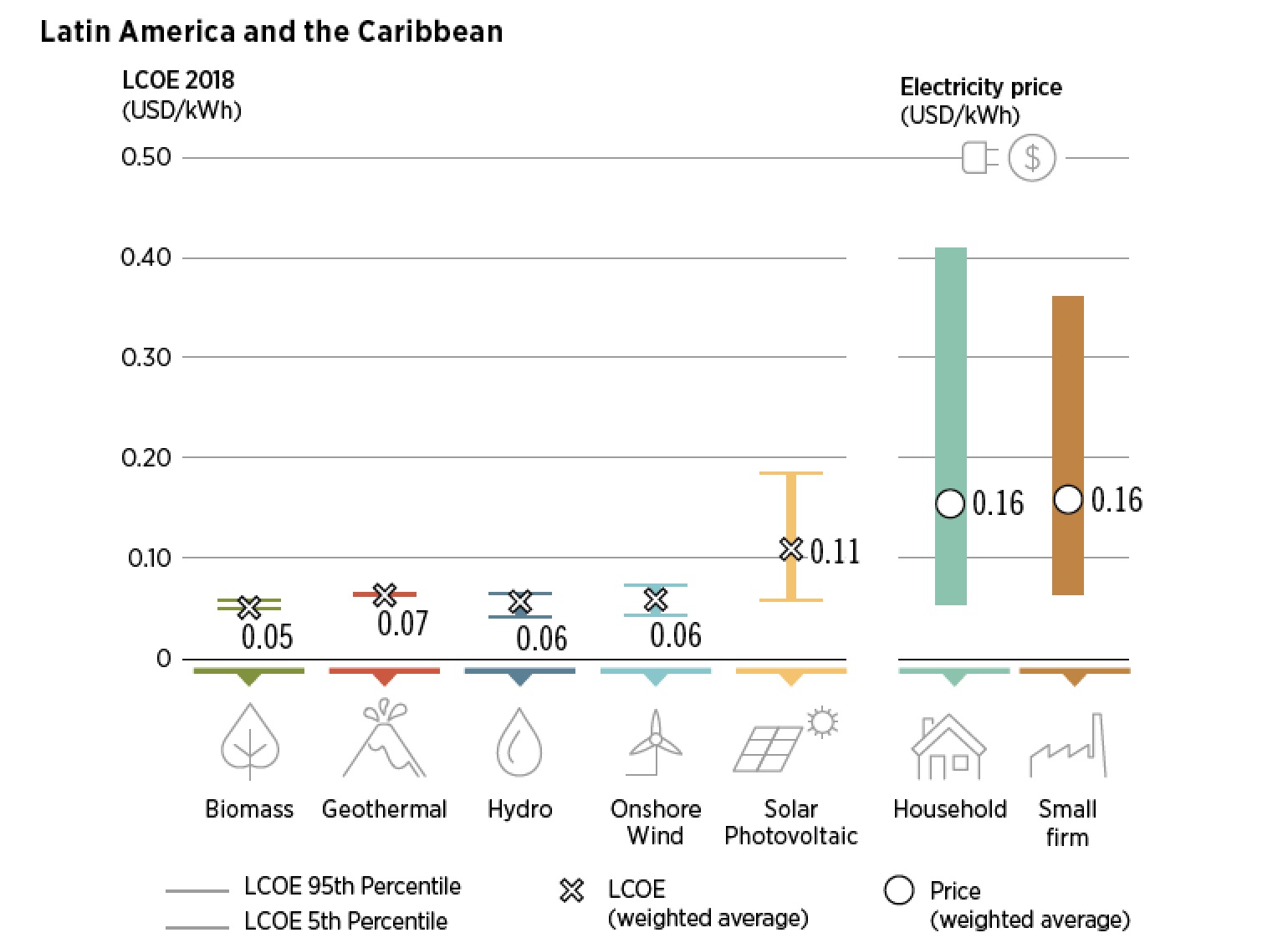 To reach the TES goals, annual renewables investments through 2050 must reach US$28bn instead of the US$21bn currently projected, and must be flanked by long-term government commitments. 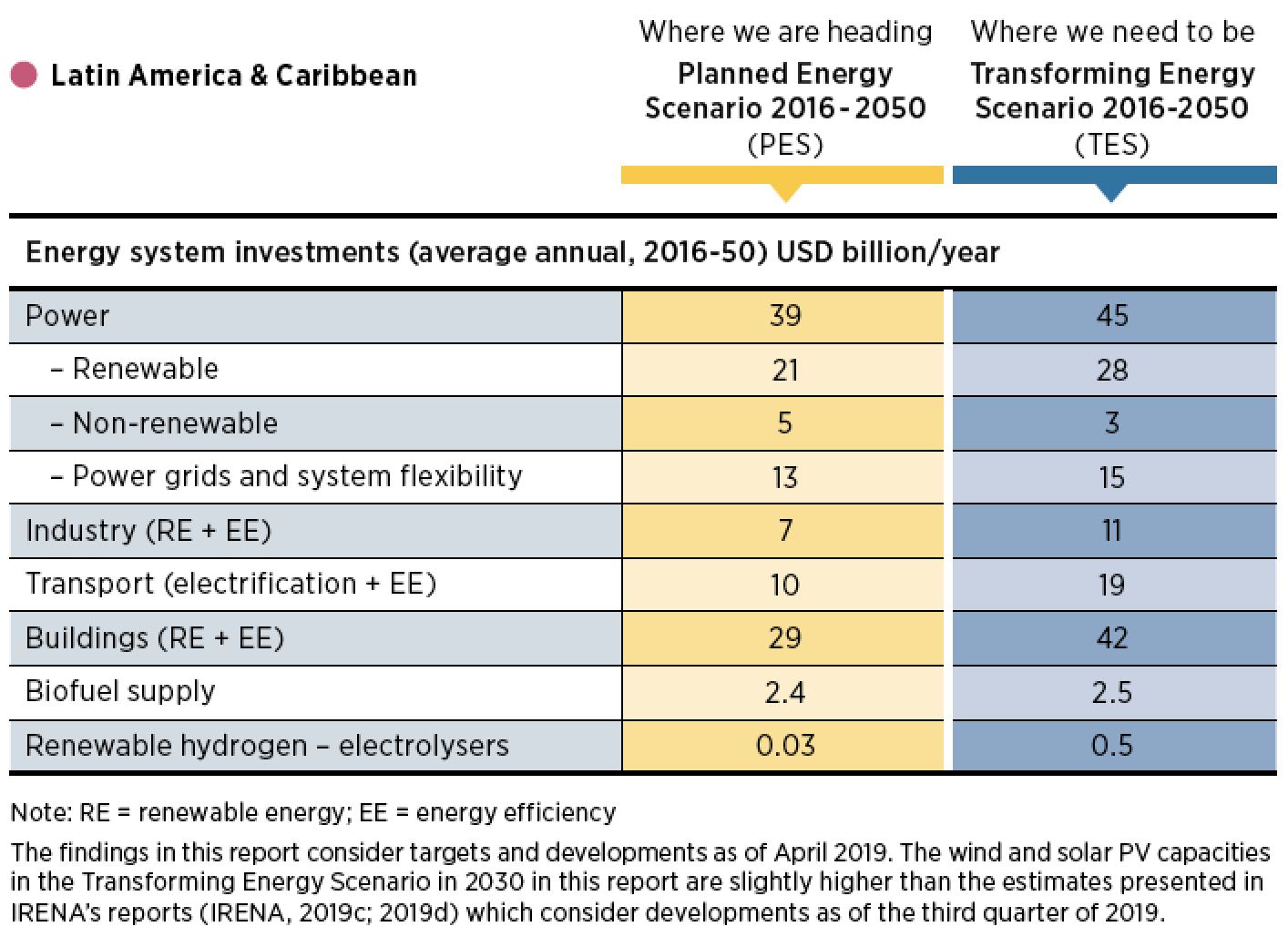 Irena's La Camera wrote, “the nature of this crisis calls for a major state role in the response” that must be “more than just a bail-out for existing socio-economic structures.”

“With the need for energy decarbonization unchanged, such investments can safeguard against shortsighted decisions and greater accumulation of stranded assets,” wrote La Camera, warning against investments and policies that lock in fossil-fuel emissions “for decades to come.”

Domenico Mazzillo Ricaurte, the head of transmission systems in Latin America for Siemens Energy, speaks to BNamericas about the region's rapidly c...

The works involve 43 substations and 10 transmission lines in Mexico's southeast.