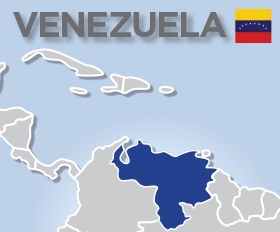 The head of Venezuelan utility Hidrobolívar, Gustavo Imeri, admitted that the water system in Puerto Ordaz – one of the two cities that make up the Ciudad Guayana conurbation in Bolívar state – is facing under capacity problems, resulting in service cuts over the last few months.

In a press conference that followed several days of intermittent water cuts in the area and one that lasted 10 days, Imeri said the last major upgrade to Puerto Ordaz's water system was in 2013, with the opening of a new aqueduct as an alternative to the original one, daily El Pitazo reported.

This second pipeline, dubbed Puerto Ordaz southwest aqueduct, was expected to supply water to 350,000 residents, according to the Bolívar state government. However, it has registered several malfunctions that the company itself has documented via Twitter.

As for the older pipeline, Toro Muerto, Imeri said it still has the same capacity as when it was built in the 1980s.

To deal with the issue, the Hidrobolívar head announced a series of projects to optimize service, such as adding new connections to the southwest aqueduct and a new potable water treatment unit in Puerto Ordaz's Cambalache district.

Hidrobolívar is also facing accusations from its own workers, who last month told news outlets that one of its potable water plants has not operated for two years due to supply shortages. The plant serves San Félix, the other city that makes up Ciudad Guayana.

The workers were joined by locals who told daily El Correo del Carrioni that water supplied to their homes has a yellow coloration and foul smells, which they say has resulted in the spread of disease.

Hidrobolívar serves around 1.7mn people, according to Bolívar state government.

The fall in crude prices has escalated concerns about Venezuela's hyperinflation and shortage of essential goods.

LatAm should look to Australia for water solutions - Fundación Chile

Water management in Latin America faces numerous challenges, including failure to apply existing laws and a lack of monitoring systems.

OPINION: The power of incumbency (not to be abused)

OPINION: Venezuela's vainglorious conquest of no one

OPINION: Is ISIS a threat to Latin America?

OPINION: Democracy in Latin America: The left marches on?