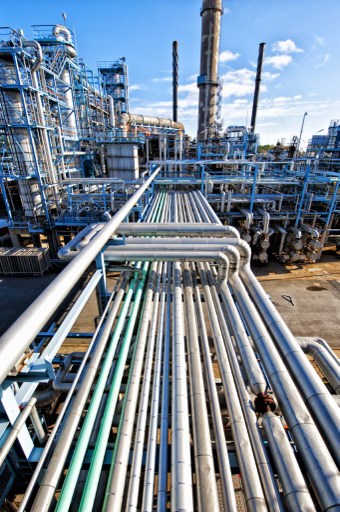 The deal announced on September 28 comes at the right time, says Rina Quijada, VP of business development and regional petrochemical industry specialist at IHS Markit, with the pandemic increasing demand for commercial packaging and single-use items such as upcycled grocery bags, which require low-density (LDPE) and high-density polyethylene (HDPE). Those inputs are produced at Braskem-Idesa’s US$5bn Etileno XXI plant.

Located in Nanchital de Lázaro Cárdenas del Río in Veracruz state, Etileno XXI began operations in 2016 and is close to the site of Braskem-Idesa’s planned ethane terminal at Laguna de Pajaritos port in Pemex's cluster of oil and gas and petrochemical facilities in Coatzacoalcos, Veracruz.

“Now they can move forward, they can build the terminal, bring in the ethane,” Quijada told BNamericas.

Quijada said the concepts in the original supply contract reflected a different time in the Latin American feedstock market, and ethane supply was already in gradual decline by the time Etileno XXI opened.

To compensate, Pemex tried for the first three or four years to adjust supply to its own facilities, at times having to halt production on the LDPE line at the Cadereyta refinery and Morelos’ swing unit making LDPE and HDPE, she said.

Meanwhile, Braskem-Idesa was handling a large project with Etileno XXI, still early in its lifecycle, with years of servicing debt ahead to cover the initial investment. It was keen to maintain operating rates of 80%-90% to ensure debt servicing for which steady ethane supply was vital.

By the time the pandemic peaked last year, supply had dried up because plastic demand skyrocketed, forcing Pemex to import ethane to meet its quotas to Etileno XXI or face heavy penalties defined under the contract.

But the companies dissolved the tensions by re-negotiating the contract.

Quijada said the facility could open in 2023, though the date depends on the evolution of the pandemic and stable logistics and labor dynamics in the region, adding climate change also remains a wildcard.

A JV formed by Mexico’s Idesa group and Braskem, the petrochemical division of Brazil’s Odebrecht, Braskem-Idesa detailed the deal in a statement Tuesday. It remains subject to final approval by both companies’ boards.

“In addition to resolving historical differences that had been discussed by the parties, [the agreement] establishes new volume and price commitments for the supply of ethane from Pemex to Braskem-Idesa, compatible with the current and future availability of this raw material in the country,” the statement said.

It also allows “the long-term sustainability of our plant” and comes with plans to build an ethane import terminal at the Laguna de Pajaritos port.

The location is ideal, because the port is the main destination of ethane, Quijada added.

And the plant is in the planned Tehuantepec isthmus inter-oceanic corridor (TIIC), connecting the Gulf of Mexico hub at Coatzacoalcos to Pemex’s Pacific coast hub in Salina Cruz, Oaxaca, via rail and road, also involving a gas pipeline.

Officials are also looking into possible money laundering at the state-government level involving members of the president's Morena Party.

Deadline for accepting proposals for Regional Public goods is April 15, 2020