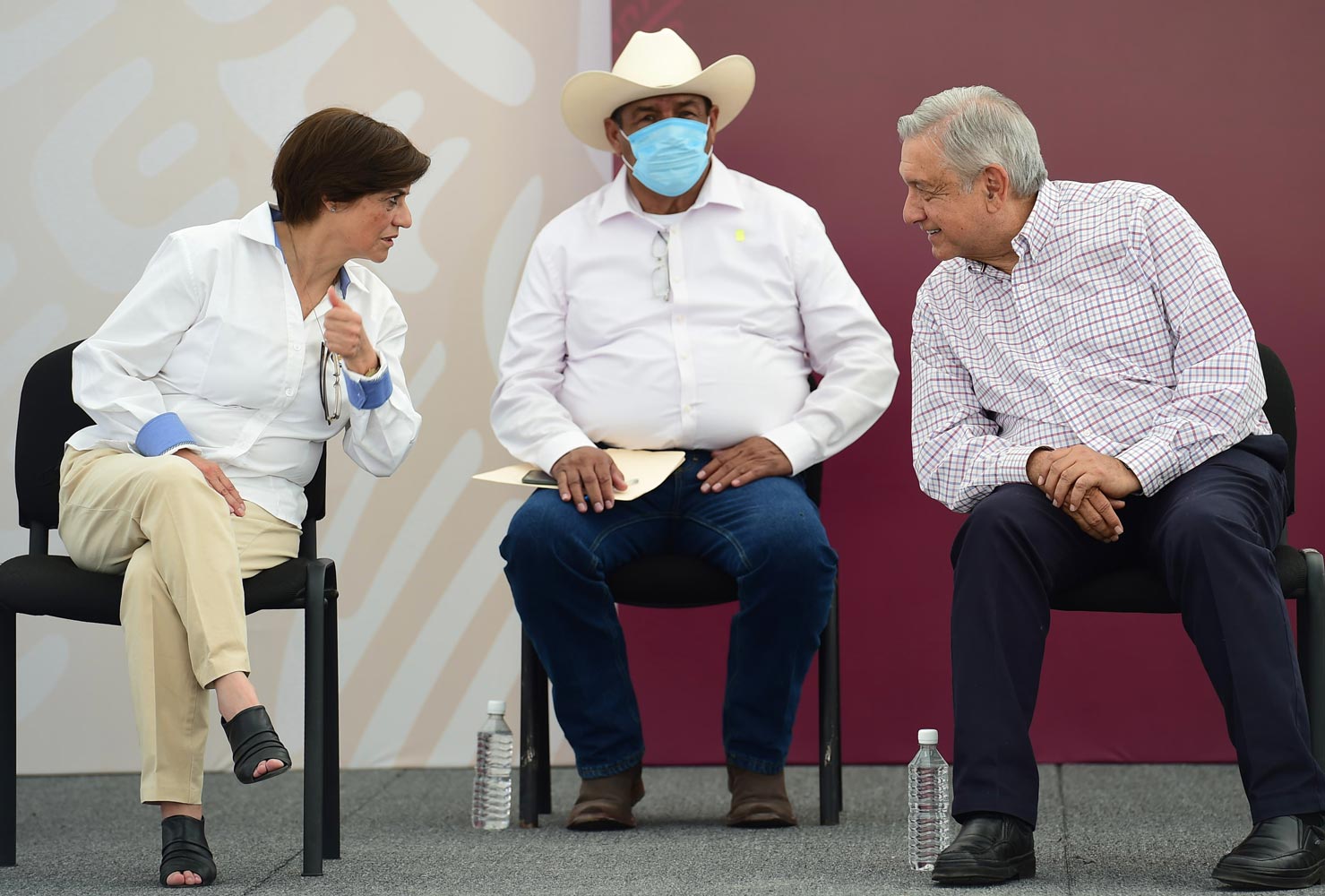 According to statements and public records, it involves three objectives.

The first covers water storage of 200Mm3 (million cubic meters) with collaboration from federal and state authorities, local farmers and the private sector to supply the region with clean water until 2045.

The second objective entails ensuring drinking water supply through the implementation of a water treatment process.

Dubbed Agua Saludable para La Laguna, the project would benefit 1.6mn people in the Durango municipalities of Lerdo, Gómez Palacio, Tlahualilo and Mapimí, and in the Coahuila municipalities of Matamoros, Francisco I. Madero, Viesca, San Pedro and state capital Torreón.

According to local daily El Sol de Torreón, a mathematical analysis by Conagua found that the project ensures water supply for the urban area and agricultural sector for several decades.

So far, the government has safeguarded 20Mm3 of the water needed, AMLO said, adding that 30Mm3 more are being secured.

Jiménez said additional 20Mm3 were donated by the Mexican council for livestock sustainability, while Coahuila-based dairy conglomerate Grupo Lala promised another 50Mm3 by donating its concession rights, according to CEO Eduardo Tricio.

The remaining volume would be obtained through water loss prevention campaigns and negotiations with farmers and the private sector.

Storage plans have not been announced, but El Sol de Torreón reported on Thursday that the water would be stored at the Palmito, Lázaro Cárdenas and Francisco Zarco dams in Durango.

As part of this objective, a new method to treat water from the 500km Nazas River will be implemented.

The challenge will be to guarantee non-contaminated supply, given the area’s water contains high levels of arsenic residues due to the soil and the overexploitation of sources, Jiménez said.

“The available data indicate that currently at least 25% of the volume supplied to the population has arsenic concentrations above the limits established by the standard,” Conagua wrote in a data sheet.

Exposure to high levels of arsenic has been linked to skin diseases and cancer.

To treat water from the river, the authority will implement a three-step method.

The first involves the dilution of contamination with surface water, the second requires changing the region’s water source and the third comprises treating the contaminated water according to World Health Organization (WHO) standards, the authority said in a statement.

The government will also be able to suspend water extraction from 160 wells to replenish the water of the overexploited Principal-Región Lagunera aquifer.

According to estimates, the aquifer loses 2-3m of water yearly and its decreasing levels will prevent water supply for the city in 36 years.

The last objective is to develop the water infrastructure needed to complement the project, but the government has not defined the strategy.

Conagua’s director said federal and state authorities would invest in the digitization of irrigation district No. 017, serving Comarca Lagunera, and improve infrastructure.

In addition, El Siglo de Torreón reported that a 10km pressure line and a 45km aqueduct will be required to treat the water.

Last year, Jiménez said the governors of Durango and Coahuila agreed to split financing for several water projects with the federal government.

In May 2019, AMLO said that most governors in the northern states – including Durango and Coahuila – were planning to prioritize water projects.

He also pledged to support the construction of a 70km pipeline to draw water from the Francisco Zarco dam in Durango’s Lerdo municipality to supply Gómez Palacio, in the same state, and Torreón city, in Coahuila.

AMLO said his administration would aim to reduce costs to 9bn pesos but would still provide whatever funds necessary.

Studies for the project were added to the finance ministry’s (SHCP) investment portfolio this year. The ministry allocated 73mn pesos to conduct the five studies.

They include an analysis of basic engineering alternatives, the environmental impact study, the cost-benefit analysis, the water acquisition rights and socialization strategy and a legal diagnosis.

The basic engineering study was launched in May in a contest restricted to three companies invited by Conagua. However, none of the proposals met the requirements, records on government procurement site Compranet show.

On August 20 the study contract was awarded directly to a consortium formed by Mexican firms FRO Ingenieros and Servicios y Consultores for 17mn pesos.

The other four tenders are expected to be launched in the upcoming months as the project will kick off in 2021.

The ambitious proposals of Mexico's Morena party for water and sanitation

'Recycling is a very useful tool, but it is not the solution to drive circularity'