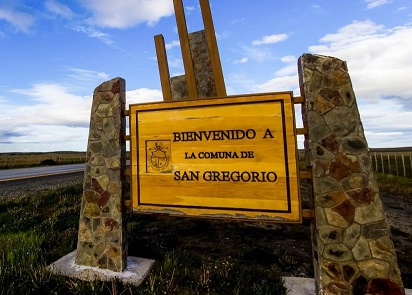 Globally, there is a growing list of gigawatt- and near-gigawatt scale hydrogen and derivative projects in the early development phase.

Latin America leads all the major developments, with more than 25 projects adding up to 89GW of expected installed capacity. Chilean generation potential currently carries an excess of 70 times the actual installed capacity, based on the best wind/solar capacity factors worldwide.

Indeed, the small commodity-exporting nation has the abundant renewable energy resources that producers will need to help turn a profit, and a portfolio of projects of different sizes. On the gigawatt or near-gigawatt front, where several are planned, one of the most advanced is Total Eren’s H2 Magallanes, earmarked for the country’s windswept south.

The French renewables firm’s project comprises several key components: around 10GW of installed wind capacity, coupled with up to 10GW of electrolysis capacity, a desalination plant, an ammonia plant and port facilities. Power transmission and storage are also on the drawing board.

Given the size, the complex would be developed in phases, with the first due to enter service in 2026. Once completed, the project would have around 1,500 turbines of 6.8MW each.

To provide an idea of the scale of H2 Magallanes, the total installed non-conventional renewable energy capacity in Chile stands at around 10GW, chiefly wind and solar PV.

To find out more about H2 Magallanes and the state of play on the engineering front, BNamericas speaks with Justin Jackson, senior VP of engineering projects at Wood.

With over 50 years of experience in Chile, Wood also works in the country’s transport infrastructure and mining sectors, among others.

BNamericas: What is the role of Wood?

Jackson: Our role is primarily supporting the early-phase engineering and environmental permitting that are going to be associated with the front end of the project.

BNamericas: What type of work does this involve?

Jackson: This is an incredibly complex system, as are most of the projects that are being contemplated in the region.

Simply, we make things happen for the overall life-cycle of the project: construction-operation-decommission.

When you look at the number of scopes essentially in the project and the variety of technical and logistical challenges, we’re kind of a consultant for all of it. In order to get an environmental permit, in order to have a working concept for something that has never been contemplated in the world before … essentially this is a first-of-its-kind challenge that we’re having to solve technically. You have to tackle all those problems to come up with a solution that's going to work. We’re doing all those things.

The job ended up being a really good fit for Wood, as we self-perform all of those services: we can do high-voltage electrical, we can do the port, we can do the downstream facility, the backup power, the renewables.

BNamericas: Indeed, these are new projects and must present challenges for engineering firms?

Jackson: The first challenge is putting together a team that has enough technical experience to be able to do all those different scopes in one project. Most of the people looking to develop these projects [notwithstanding the likes of Total] aren’t companies with huge project management infrastructure. We have to integrate all that.

Also [in Magallanes], you’re off-grid, so you essentially have to have a standalone power system where you can balance all that out.

BNamericas: Are you thinking about batteries or BESS?

Jackson: We’re working on proving all that out. The storage element of this is probably the trickiest part from a technical standpoint, because the wind doesn’t blow all the time and you have inconsistent supply and demand, so how do you build up a storage system that's going to be both economical and appropriate for something of this scale in this remote area. Batteries are an option. You're having to look at various mediums of storage to meet the demands of the project.

We’re looking at this in other projects in the area. If you have demand for zero carbon footprint, how do you balance that power when you don’t have the renewables or, again, what are the other ways you can go about green power beyond just wind or solar. These are all things we have to consider, depending on what the market’s driving for.

BESS is an energy buffer that provides a stream of stable energy to some processes. This is only one of four concepts that the Wood proprietary process has to make the overall process stable and reliable. Others are the hydrogen/nitrogen buffers, backup power technology and the design of the operational philosophy, 'tuned' to project specifics.

Jackson: In the next phase we’ll start to engage with equipment suppliers more, home in on specific technologies to be able to accomplish what we’re doing and make sure we have the most optimal process design associated with both the renewable generation facility, as well as the plant where we’re actually going to be generating the hydrogen and ammonia.

BNamericas: Is there a rough estimate of when the EIA will be ready for submission?

Jackson: Getting to the EIA submission takes 18 months. During this period we develop dozens of technical/environmental field studies, so we can develop the engineering and later on ... a description of the overall project for authorities.

BNamericas: The project has a desalination component. One would assume that freshwater supply was abundant in the south.

Jackson: There’s a very large amount of water that’s consumed and Chile as a whole does have some challenges with water. In order to make sure that we are being environmentally conscious, working with seawater is the responsible solution. We provide a specific design for the brine diffuser, based on the highest environmental standards. So no impact is characterized for the subsea biotic.

BNamericas: Can you provide a brief overview of any similar projects you’re working on in Chile?

Jackson: We’re helping with other projects. Some of those are similar in that they will make ammonia for export. You have the big advantage in Chile of being able to go either to Asia or Europe with your export.

Some of the other ones are contemplating other media of energy storage or product on the back end of it. In some situations, hydrogen is the end product, in some situations e-methanol or other e-fuels.

Our real strength in the region is that we have been a long-term provider of services, in the mining industry, the pulp and paper industry, transportation in general, industrial. Due to the fast phase that this country is taking in the decarb of industries, Wood is providing support for reconversions of facilities – coal to gas – improving the resilience of the grid with energy storage projects – BESS, pumped hydro – and supporting developers in non-conventional renewable sources of energy such as concentrated solar power, so coal power plants can be shut down.

BNamericas: And finally, it looks like Chile will provide the likes of ammonia for export as well as domestic consumption.

Jackson: Yes, while you’re going to ship some of this to other places, a good end market would be as a replacement for bunker as a shipping fuel.

To me, those two are probably the biggest domestic drivers of consumption. The other main consumption would be using the electricity generated from wind turbines or solar farms.

The hydrogen derivatives market has two 'legs'. One is hydrogen plus nitrogen and you get ammonia, urea, and ammonium nitrates. So here you have fertilizers, fuels and explosives. The other leg is with CO-CO2, carbon monoxide/dioxide; there you can synthesize methanol/methane or e-fuels, high octane car fuel.

So the hydrogen derivatives market is massive, not only for local use but also for export. The 'green' aspect of this will disrupt several industries.

A roundup of electric power news from Chile and Argentina.

How Latin America can reap the benefits of the energy transition