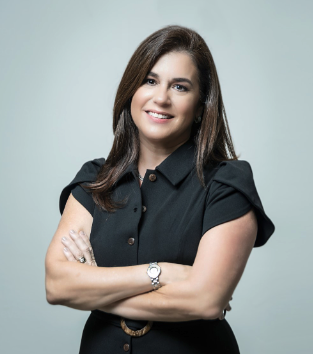 But it also offers opportunities in several segments.

BNamericas talks to Vanessa De Mari-Monserrate, president of the local builders association, about the details and possible solutions.

De Mari: Costs. The increases in construction costs after the pandemic have been quite shocking. We have to add that, as an island, we have a labor problem and another enormous problem with transportation: 80% of the products that are used are brought by ship, so this war in Ukraine and the colossal increase in the oil price had a great impact on us.

Construction costs in Puerto Rico are proving to be a very important challenge for the industry, especially for affordable housing.

BNamericas: How much have costs gone up?

BNamericas: What about the labor shortage?

Right now there is a shortage, but the impact is not so great because the funds have not flowed as quickly. When I started working in the construction industry, it was at its peak, and there was a lot of transfer of knowledge [within families]. When the debacle [the 2006 government shutdown due to lack of funds] came, that was lost. The family chain was broken, and many employees went to the US.

BNamericas: What would be a solution?

De Mari: We were anticipating this situation, and we have prepared several initiatives, but no single one will solve the problem because the shortage is too big.

We started training programs, and we have aligned ourselves with different non-profit organizations to implement them. We understand that the visa program will help, but not much because we are competing nationally and 66,000 visas are granted in the US each year. They distribute them in two stages: one at the beginning of the year and another in the middle, when they receive applications.

In the last opening, when 33,000 visas were granted, 100,000 applications were received. So, we are moving with different alternatives to see how to be independent of the visa to fill those spaces. We have to work with local employees.

BNamericas: Will the shortage threaten some projects?

De Mari: Yes, an impact is being seen and it will all depend on how many more projects start. If the floodgates open and many start at the same time, there will be an impact: projects will take longer and cost more.

BNamericas: Is the US infrastructure law contributing to the problem, since with federal funds projects will arrive?

De Mari: Yes, because it is part of [Puerto Rico’s] construction projects, but we need a more solid and resident infrastructure. Unfortunately, we depend a lot on energy here, so for us it is very important to have investments and an infrastructure reform at the island level. That should be very positive because as we have a more resilient infrastructure, other projects can be developed around it.

De Mari: The airports are already being handled and are improving a lot. The electrical part will affect telecommunications and water supply, because the water and sanitation sector in Puerto Rico is also in a very precarious state, especially the management of used water. We also have a fairly old and deteriorated road infrastructure, which needs repairs.

BNamericas: Are there more areas?

De Mari: We also have a great need to increase tourism, which has not [realized its potential]. You are seeing a lot of construction of hotels and we still have one or another hotel that has not fully opened, but I think that tourism is a good sector for foreign investors as well as real estate, because there is also a housing shortage.

BNamericas: How much needs to be invested?

BNamericas: What are your recommendations for foreign investors?

De Mari: We always recommend joining forces with a local company, because Puerto Rico has its own rules of the game, very different from how it works in other parts of the world. We have seen investors who want to do things like in the US or elsewhere and fail. So the overriding advice is to join a local company.

BNamericas: Could you give examples?

De Mari: Specifically in the construction industry, the way permits are worked out is very different. Here [we] work with a lot of concrete, in the US it is wood. The logistics and culture of how you work with employees are completely different. Here, if people need it, they have to import it, unlike the US, where they only have to bring it from another state.

BNamericas: What should the government focus on in terms of construction?

De Mari: We have recommended on several occasions that the government should reduce the costs it can control. We have construction costs we do not control: transportation, materials, labor – these are determined by the market. But within a development project are many government costs that reflect construction costs, and those we can reduce.

That would help us a lot to reduce the gap between the cost of construction and the sale price. In affordable housing, that is the deficit we have. Other things that we are also working on with the government is a real reform to process permits, so that they are much more agile and fast.

We also work on increasing income limits, because it is useless to increase salaries if the income limits are not increased as well, since people could lose housing subsidies, medical plans, and so on.

We understand that we are in a situation with these federal funds since we have to make decisions that impact long-term economic development, not only to solve the problem we face, but also to create a sustainable economy.

BNamericas: How long does it take to obtain construction permits in Puerto Rico?

De Mari: Unfortunately too long, and it's quite complex. It depends on the type of project, but we, as an association that has many housing projects, can take up to a year to get them.

There are many steps and we are asking that they can be streamlined and merged. Six months would be a more than reasonable period, but there are times when it takes between a year and a year and a half.

Funds will come from the federal emergency management administration (FEMA) and will finance reconstruction of water and wastewater treatment plant...

Governor signs amendment to the Law to prohibit the deposit and disposal of coal ashes or coal combustion residues ...