Positioning Suriname as a regional transport hub, driven by development of the country’s hydrocarbon resources as well as those in neighboring Guyana, was widely pitched at the Suriname Energy, Oil and Gas Summit.

In a speech, transport minister Albert Jubithana pointed to the nation’s “strategic” geographic location and maritime and airport infrastructure.

“We have done all the work and are ready to build the deepwater port,” Talea told participants.

Phoenix envisions establishing LNG liquefaction and export facilities in Suriname, and to this end, its CEO Walt Teter provided an update following a trip to Europe.

“We have negotiated with the national champions for gas offtake. We have firm interest in 7.5Mt of LNG and we only want to produce 4Mt,” Teter said.

“I sat down with the CEO of the largest LNG equipment supplier in the world, who gave me his commitment that if we sign when we make FID [a final investment decision] they will provide us and give [get] us in service 28 months from signing that check,” he added.

For his part, Guido Koorndijk, director of Firm Engineering, said that work is underway on a shore base at Suzannasdaal that is due online in early 2023.

Firm is a partner in the project with DP World Paramaribo and HJ, and Koorndijk said studies are being carried out to determine possible expansions.

Read DP World expands investment in Suriname, encouraged by the country’s potential for sustainable development through its evolving oil and gas sector 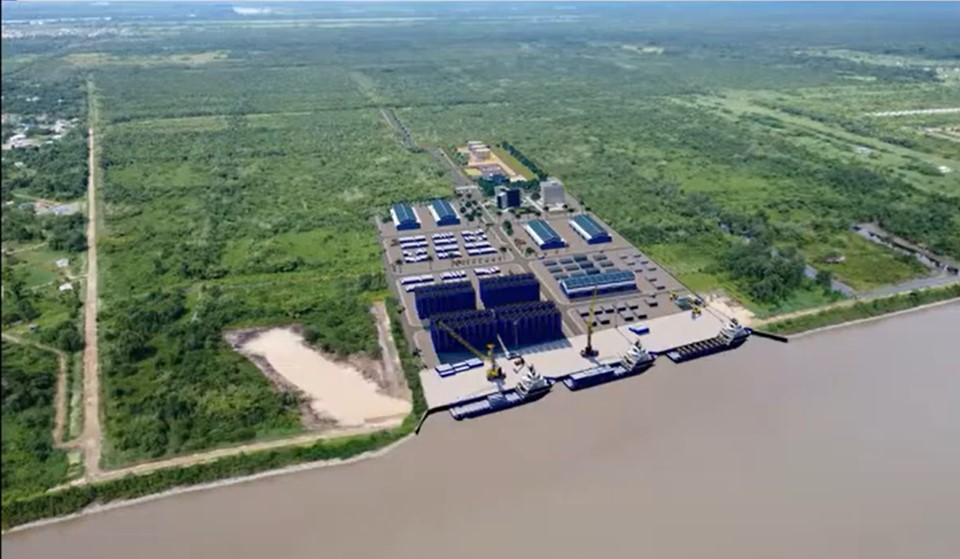 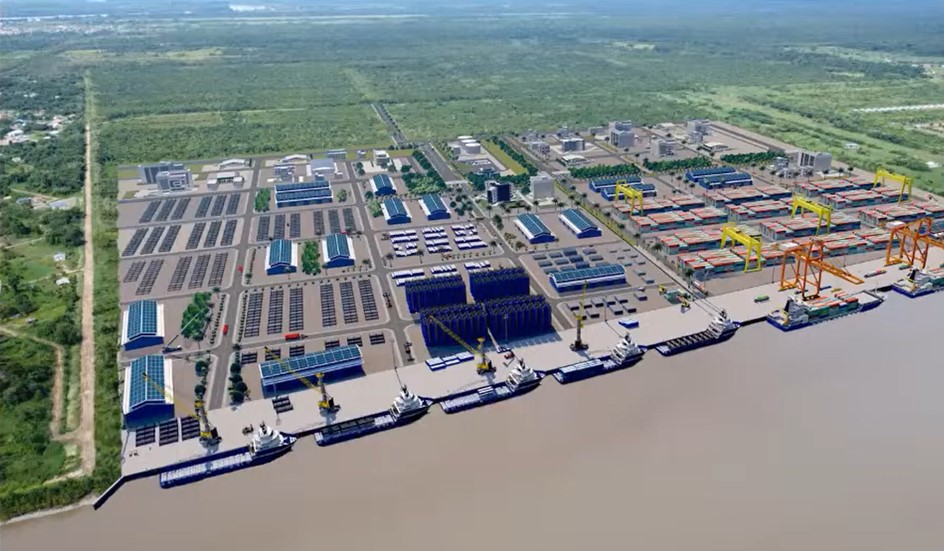 Rendering of shore base with possible expansions (Source: Firm Engineering)

Meanwhile, information from the National Institute for Environment and Development in Suriname reveals plans for additional oil and gas support infrastructure.

Commewijne Port Facility looks to develop a shore base at Nw. Amsterdam and Gum Air envisions an expansion of its heliport in Gummelsweg.

Capricorn Energy and Tullow Oil plan to merge to focus on their producing Africa acreage.

Other projects in: Oil & Gas (Suriname)

Other companies in: Oil & Gas (Suriname)

Want to read more information about At a Glance: Suriname’s hydrocarbons logistics build-out?