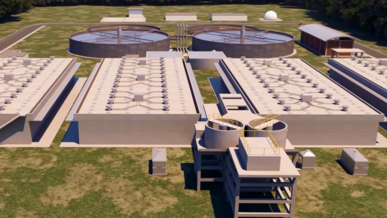 ProInversión head José Salardi detailed them in a presentation as part of a push to promote PPPs, which also includes simplified procedures and cultivating ties with construction companies and local officials.

This year, the agency aims to award projects for US$3bn, especially in the health, sanitation and energy sectors, where many were not awarded last year.

Salardi took the helm in December upon request of the economy and finance ministry. Officials grew concerned about waning interest in PPPs under Salardi’s predecessor.

The government-to-government mechanism has become more popular, while only three PPPs were awarded last year. Tenders for four other PPPs were planned but postponed to 1H23.

After the meetings, “structuring processes have been accelerated, schedules have been updated, and the signal [Salardi] gives to the market is positive. It is seen, for example, that projects such as the Huancayo-Huancavelica rail are being reactivated, which had been declared deserted a year and a half ago,” Camilo Carrillo, infrastructure leader at EY Perú, told BNamericas.

ProInversión representatives also met officials from Arequipa region, national lawmakers, and mayors of districts where large works, such as the US$700mn Ancón industrial park, are planned.

ProInversión also wants to attract bidders for this year’s 4G (AWS-3 and 2.3GHz)tender.

Highlights in the health sector are the US$188mn Piura and the US$143mn Chimbote hospitals, planned for the second quarter.

An auction for the US$114mn Villa El Salvador emergency hospital in Lima is planned for 2Q24 and a US$24mn waste management system for health facilities for the fourth quarter next year.

Auctions for the US$116mn Hospital Central Militar and the US$250mn Hipólito Unanue Hospital, both in Lima, are contemplated for 2025. Overall, health PPPs for US$835mn are in the pipeline.

The US$88mn Puerto Maldonado wastewater treatment plant is expected to be awarded this half.

“I see that they are trying to speed up [wastewater treatment] projects. [This] goes hand in hand with the message of not only awarding ongoing processes, but also generating a new portfolio. It is important to generate a project pipeline that will facilitate the closing of gaps,” Carrillo said.

David Gonzalez, head of the Latin America project finance team at Sumitomo Mitsui Banking Corporation, shared his views in an interview with BNamer...

The funds are for works that are part of an economic reactivation plan.

Veolia seeking opportunities to make water in the desert

Peru to invest US$470mn in Lima waterworks this year