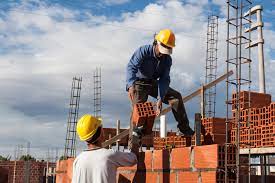 In Argentina, S&P only has ratings for one infrastructure company, Benito Roggio e Hijos’ parent firm Clisa, because most of the sector has little access to financial markets.

“When there’s access, only larger companies tend to get in,” Diego Ocampo, S&P’s senior director for corporate ratings told BNamericas, saying that is the reality for businesses in general.

In the specific case of construction companies, “there’s no access to markets. Banks don’t lend to them or loans are very small,” he added.

S&P’s latest corporate and infrastructure credit midyear outlook states that Argentina’s government is in a weakened position following the resignation of economy minister Martín Guzmán and the appointment of Sergio Massa as ‘superminister’, further depreciating the local currency.

“There is genuine financing, meaning issuing debt in the domestic market, but it’s only very short term,” Ocampo said.

In Chile’s case, S&P’s latest corporate and infrastructure midyear outlook singled out high energy prices and upcoming policy changes as some of the main pressures on corporate ratings.

While this has mostly affected firms in the electric power generation sector, as they had to contend with drought, rising generation costs and costs for plant maintenance, this is expected to start affecting other industries such as infrastructure and mining, said S&P’s associate director for corporate ratings Cecilia Fullone.

“We expect there to be less pressure in the second half of the year, but we will keep seeing volatility,” she told BNamericas.

Regarding policy changes and the September 4 referendum on a proposed new constitution, both analysts say it is too soon to predict how the process will affect corporate outlooks in infrastructure.

But even if voters reject the proposal, Ocampo says that all discussions regarding the current government are focused on increasing public spending, and Chile will have to find a way to finance that, so tax hikes are on the table.

Law No. 21,420 and the inadvertent reforms to the mining code

Alfonso Santini, lawyer-partner of the Chilean Mining Chamber, gives his opinion on the reform of the mining code that will come into force on Febr...

Chile: TPP11 agreement was dispatched by the Senate

Want to read more information about S&P gauges outlook for infra firms in Argentina and Chile?