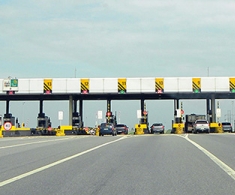 Brazilian infrastructure projects linked to transport and logistics are likely to draw total investments of around 137bn reais (US$25.9bn) between 2023 and 2027, as the new government is not expected to make any major changes to the sectors.

The projections were unveiled by local industry and infrastructure association Abdib during an event to debate the future of the sector.

"Since the October election we have seen a lot of debate about major changes in the agenda of concessions and PPP contracts and also the trend in public investments, but we have to consider the current fiscal restrictions, which are high, and also the fact that private sector investment always brings more efficiency to the sector," João Cortez, a partner at infrastructure-focused advisory firm Vallya, told BNamericas.

"In view of this, after many comings and goings in the first few months of the new government, we will tend to see the infrastructure sector settling into a scenario similar to what we have now," he added.

In recent years, under the administration of President Jair Bolsonaro, the government placed an emphasis on measures to facilitate private sector investment in the infrastructure sector, which led to a reduction in public investment. However, since the election of Luiz Inácio Lula da Silva, some observers have suggested that public investments will likely be increased.

"It's worrying that public investment is falling. Ideally, public and private investment would go hand in hand. However, in recent years we've seen that, due to the rules on public spending caps, it was wrongly decided to suspend investments in infrastructure," Abdib planning and economic director Roberto Guimarães said during the event.

Brazil currently invests around 1.7% per year of its GDP in infrastructure and the level considered appropriate for the sector infrastructure is at least 4% of GDP.

Of the projected investments in the segment, highways are likely to receive the largest portion between 2023 and 2027, or around 61.8bn reais. 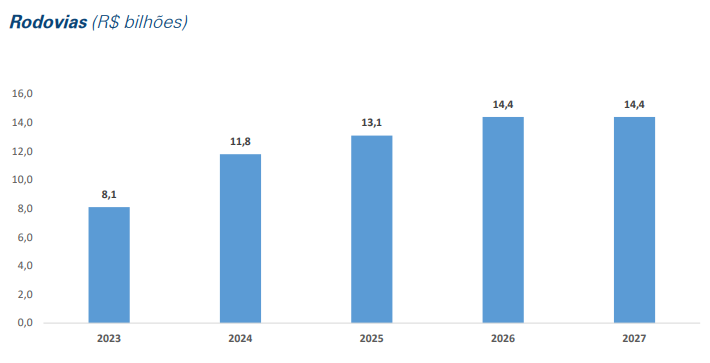 Meanwhile, rail projects are expected to receive investments of some 37.9bn reais through 2027.

The port sector is forecast by Abdib to attract 12.3bn reais in the period.

However, for these investments to take place, the level of legal security for investors will be of key importance.

"Many advances that have taken place in the infrastructure sector in Brazil were thanks to sectoral micro reforms – in sanitation, railroads, ports, among other areas. Starting next year, Brazil's congress will play an important role in maintaining the guidelines for these reforms, even to contain the impetus of some of the more radical left-wing members of the new government, who will always try to revise certain pro-business regulations," said Cortez.

Addressing this concern, lawmaker Arnaldo Jardim, of the centrist Cidadania political party and one of the most active members of congress on infrastructure issues, is optimistic about the profile of congress next year.

"I'm excited and I see that we will have a scenario of political stability with the new structure of congress next year. We've already had lots of regulatory advances benefiting the infrastructure sector in recent years, and we'll likely have more advances in the coming years, as the profile of congress in the next four years is more liberal," said Jardim during the Abdib event.

According to Jardim, congress should make it a priority to vote on a measure to accelerate environmental permitting of projects and is also likely to approve tax incentives for debenture issues to finance infrastructure projects.

During the Abdib event, a survey was presented of stakeholders in the infrastructure sector regarding their perceptions of the progress of concessions and privatizations in the coming years, under the tenure of president-elect Lula.

"The perceptions collected in the survey show a negative view regarding the advance of the agenda of concessions and privatizations in the coming years. On the other hand, there is a feeling that there will be an increase in public investments in the infrastructure sector," said Gustavo Gusmão, executive director of infrastructure, PPPs and the public sector at EY Brasil, who presented the results of the research.

"This survey provides important warnings to the new government's team, showing the main aspirations of businesspeople in the sector," he added.

Abdib's full report on investment forecasts for the sector can be seen here, in Portuguese.

The governors-elect of Rio Grande do Sul and São Paulo states have expressed support for privatization of sanitation utilities.

According to the most recent figures released by the federal highway police, there were still 178 roadblocks in 17 states being staged by Bolsonaro...

Brazil's benchmark rate expected to remain high for a while yet