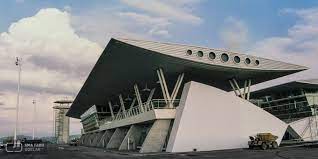 The Uruguayan government is coming under fire from some of its allies in congress following a decision that directly granted a concession for six airports to Argentine-controlled Puerta del Sur.

The decision affects the airports of Rivera, Salto, Carmelo, Durazno, Melo and Paysandú, and also extended the company’s  concessions for the Carrasco and Laguna del Sauce (pictured) terminals from 2033 to 2053 and involves US$67mn in investments across all eight, Puerta del Sur said in a disclosure sent to the Montevideo stock exchange.

This prompted criticism from the Cabildo Abierto party, which is on the right of the ruling coalition and tends to be nationalistic.

Senator Guillermo Domenech, leader of Cabildo Abierto, told daily El Observador that the decision was not subject to consultations with the party and that such contracts should at least be approved by the upper house.

A similar situation occurred in July, when the government extended the concession of Montevideo’s port, held by Katoen Natie, for 50 years in exchange for US$450mn in investments and to avoid a potential arbitration process.

Cabildo Abierto ended up calling for congressional hearings on the issue.

Meanwhile Víctor Rossi, who served as public works minister under the previous left-leaning government, told La Diaria that he would have preferred a tender for the six airports, but admitted that “it’s not easy to find interested parties to take charge of the costs that airports can’t cover nowadays because they don’t have services and don’t receive planes.”

Presidential secretary Álvaro Delgado told reporters that the decision was taken given time concerns and that the airports were not profitable.

He added that Puerta del Sur will be contractually obligated to invest US$280mn in total over the entire concession period.

BNamericas provides a roundup of infrastructure and water news from Uruguay, Argentina and Chile.