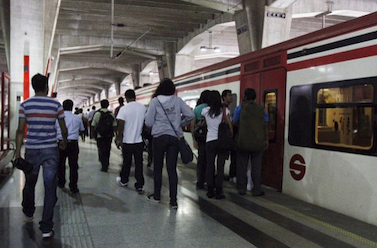 The agrarian, territorial and urban development ministry (Sedatu) is carrying out an 8.3bn-peso (US$419mn) plan covering Mexico state and Hidalgo, including access works for the Felipe Ángeles international airport (AIFA).

The plan was published in 2020 and will be implemented “within the term of the current federal administration,” which ends in 2024, a Sedatu spokesperson confirmed to BNamericas.

It focuses on the north of the Mexico valley and details strategies related to water infrastructure, housing, urban mobility, sustainability, among others.

One aim is to promote AIFA, so that “the valley’s metropolitan area can benefit from [it], anticipate infrastructure, services, housing, mobility, and facility needs, as well as promoting better use of that territory.”

Analyses identified several issues that need to be addressed around AIFA, especially hydrological sustainability, which is at risk due to overexploitation and lack of infrastructure.

“If the problem is not solved, the situation will prevail and future demands will not be addressed, which puts the zone in a fragile state. Therefore, water sustainability is the main obstacle to urban development,” according to the plan.

Clean water scarcity will be addressed by regulating hydrological resources, for example, via sanctions for wasting water.

The 745l/s Valle del Mezquital and 5,000l/s Tecolutla-Necaxa aqueducts, as well as the Zumpango, Gran Canal-Tultitlán and Tecámac treatment plants, are also mentioned as potential solutions.

Transport infrastructure has been identified as deficient. “Although there is a [variety] of roads and highways, they do not connect the municipalities and only Tultitlán offers high-capacity passenger transport systems like the suburban train and Mexibús.”

Other localities rely on concessional transport, which exposes passengers to crime, the plan said.

To solve the problem, an extension of the suburban train is planned, as are expansions of Mexibús BRT lines No. 1, No. 2 and No. 4. A new BRT line is planned between Mexipuerto Ciudad Azteca and Mexico City’s international airport.

Sedatu did not provide details on the schedule or budgets because the projects are interinstitutional efforts.

The ministry plans urban works in areas surrounding AIFA for 4.2bn pesos, including rehabilitation of parks and hospitals, expected to be carried out in collaboration with local authorities.

The tenders suggest the port's expansion is progressing, after reportedly suffering delays in February.

IDB Invest, the private sector arm of IDB Group, will rekindle its flagship event, Sustainability Week, into a hybrid gathering that will engage 30...

Interoceanic rail corridor to be finished this year – AMLO

VMware: Telcos are the next step for hyperscalers