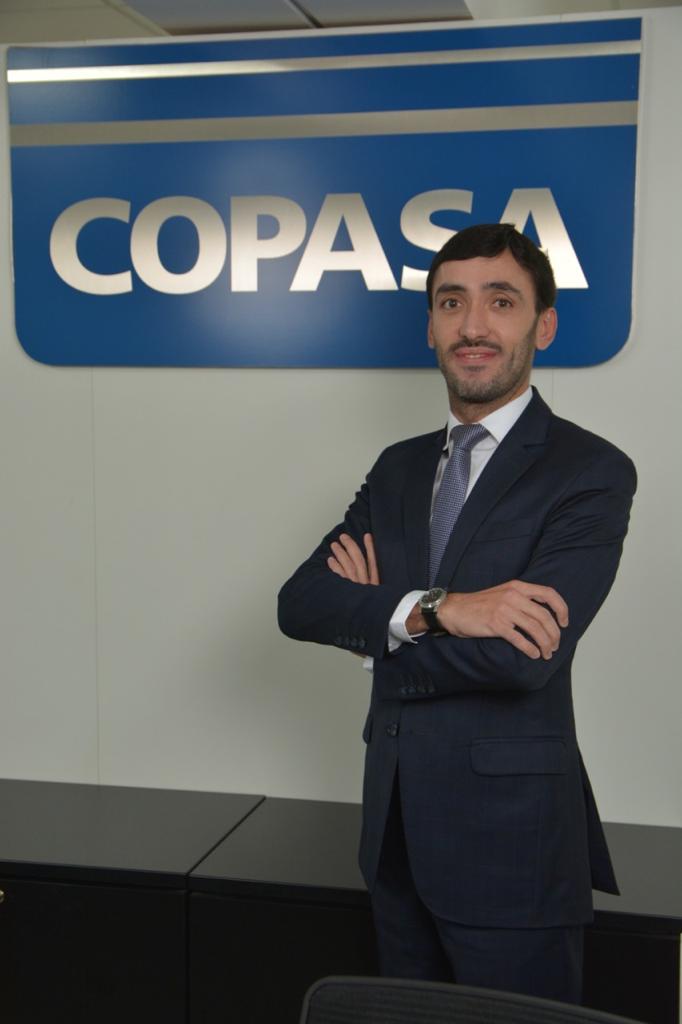 Even so, complying with regulations that demand universal coverage by 2033 will be difficult, which is why the firm’s privatization is being mulled.

Copasa president Guilherme Duarte talks to BNamericas about the company's plans, privatization, and other topics.

BNamericas: What are the details of Copasa's investment plan?

Duarte: In the first nine months of this year we invested 965mn reais (US$181mn) and we have board approval to invest 1.16bn reais in 2022 overall.

For the next four years, we have already approved by the board investments of up to 6bn reais. Just next year, this amount will be 1.4bn reais.

My expectation is that next year’s amount will be even higher, as an increase in projected volume is being analyzed.

BNamericas: What are Copasa’s funding needs?

Duarte: We already have a debenture issuance involving 750mn reais in progress that should be concluded in December. This amount, added to credit lines we obtained in the past, plus our own cash, is sufficient for our needs.

BNamericas: Are the planned investments also sufficient to meet the demands for full service coverage by 2033, as mandated by law?

Duarte: Our perception is that the projected investments will not be enough to reach the universalization goals. In our assessment, it would be necessary to invest at least 2bn reais per year to achieve the goals.

Therefore, there is a debate about the need to privatize the company, to guarantee more flexibility. Copasa does not face financial difficulties in making investments. The bottleneck relates to operational limitations a state company faces.

BNamericas: What are you doing to speed up works and deal with these limitations?

Duarte: We carried out a company survey to identify the main bottlenecks of works and found that we had a mistaken perception.

We thought the main problems are with the execution by service providers, but we saw the main bottlenecks were at the beginning of projects, related to structuring and in the phase of releasing areas. We are now working to solve these problems.

In addition, our bidding rules have been updated and we want to go further, for example, to carry out performance contracts that yield faster results. We also want to move toward the model of semi-integrated works, where [we] only do a basic project for the intention to bid and call the contracted company to provide the complete solution, including the executive project.

Another change we are making is that historically Copasa has maintained its systems and now we want to focus more on replacing systems instead of maintenance.

[We] cannot escape the constraints of current legislation, but we managed to advance some points to better perform investments.

BNamericas: Which privatization model is the most viable, the sale of a controlling stake or the complete sale of Copasa?

Duarte: The decision to privatize is made by the company's controller, the state government. But my personal perception is that all possibilities could be evaluated.

However, in addition to the controller's decision, privatization also needs the approval of the state legislative assembly. That is, the government, through a technical argument, will have to build this dialog with state legislators.

BNamericas: Do you have plans to diversify revenue sources?

Duarte: We are not looking at revenue diversification. We have a landfill for solid waste operations, which brings positive synergies to the company, but our real focus is to make investments in our current business areas to seek full coverage.

BNamericas: How are you working to control costs amid persistent inflation?

Duarte: The company has a controller guideline that is advanced by technical and efficient management, focusing on cost reduction and efficiency, and we have managed to control costs even with high inflation.

One of our main pressures is personnel expenses and we are going to launch a PDVI (voluntary layoff program) for employees who have been with the company for longer. We have 10,500 employees and in December we should announce details of this PDVI and our staff reduction target.

The expectations for project finance in Brazil for 2023

Ricardo Uras Neto, a project finance partner at investment bank BTG Pactual, spoke with BNamericas about the expectations and which sectors will te...

An asset manager putting the investment focus on ESG

VIDEO - BNamericas' analysis of the presidential elections in Brazil