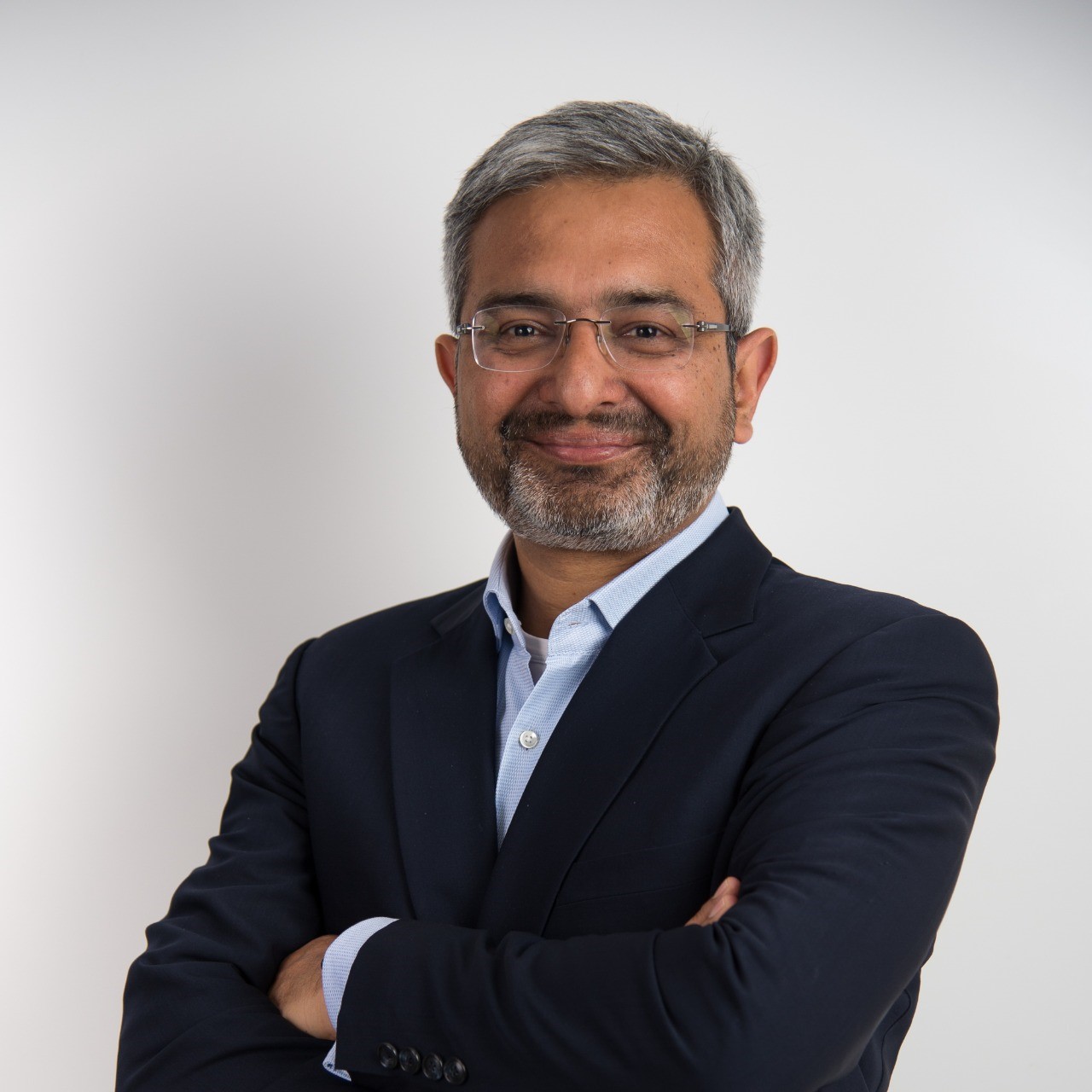 One of the global leaders in industry automation and energy solutions, Schneider Electric sees South America as being well-positioned in the energy transition despite the macro and regional challenges.

That, at least, is the view of Manish Pant, the newly appointed executive VP of international operations  for the company.

Based in Singapore, Pant visited São Paulo on his first stop of a Latin American ‘tour’, coming from India (Schneider Electric’s third largest market) and from the Middle East, with Chile being his next LatAm destination.

In his first interview with a Latin American media outlet following his appointment two weeks ago, Pant talked about the strategic importance of South America for the company, the energy transition, electrification and the task of providing more power-efficient solutions to datacenters.

BNamericas: How strategic would you say Latin America is for Schneider Electric?

Pant: Latin America is a very important piece for Schneider Electric. We’ve just completed 75 years in Brazil, which shows our solid commitment to this region. This is going to continue. Going forward, we see this part of the region contributing significantly for us, and with a high potential for growth in the future.

We see as regional assets the active, young and large population, the value creation that is happening and the overall economic environment, which continues to be positive.

I just took over this role – today is my 12th day in the position – and I’m here in Brazil, moving on to Chile in the coming days. This also underpins the importance of the region and of the business in LatAm for Schneider.

BNamericas: What are your plans and goals now as international operations VP and what are the perspectives for 2023?

Pant: International operations represent a signification portion of business for Schneider Electric. It is a growth area, considering the population as well as what it holds from the geopolitical perspective in terms of economic growth for the world. That’s on one side.

On the other side, what we have is that we’re on the cusp of an energy transition. We’re going fast with sustainability, with decarbonization. And this is made possible through electrification and digitization, which are the core businesses for Schneider Electric.

My objective is to increase our ability to contribute to this, which is also a purpose for our customers, for them to make the most of their resources, and to accelerate this process in this part of the world.

We have a very strong position in the market that has been built throughout the years and now we need to build on top of this energy transition and sustainability for our customers.

That would be the key focus for us in the coming years. It’s a journey that we already started and we want to accelerate.

BNamericas: Do you see the energy transition and the electrification of economies going forward at the same pace despite what’s happening in the world from a macroeconomic and geopolitical standpoint, with costs and interest rates high, the crisis in Ukraine, the tensions in Asia?

Pant: We are today having a tailwind but we’re fortunate to be in a geography that is relatively stable and not too impacted by what we’re seeing in other geographies: the energy challenges of Europe, as well as the overall geopolitics in the northern hemisphere.

This is the moment of time where we could see accelerated investments in the regions, especially in South America, coming from different parts of the world. Companies started to diversify and build resilience in the supply chains. We see activity continuing with a very strong momentum.

What the world has taught us, especially in the pandemic, is that we have to be working very strongly on sustainability. If we have to be on the path of net-zero, to limit the temperature rises to 1.5 degrees, 2023 is a key milestone to reduce our carbon [emissions by] 50%. The clock is ticking very fast. We have seven years left. We need to be going three times faster and doing three times more.

In order to drive this transition, we need to electrify, starting from electric vehicles; we need to replace the generation of electricity to renewables; and we need to drive reduction, to bring more energy-efficiency to our operations.

Electrification is core in that and it’s going to continue. And moving to renewables is not just a vector of decarbonization, but I’d say it’s also a vector of reduction in inflation. Once you invest in renewables, you don’t have to pay more for energy. Your cost comes down.

BNamericas: Right. But given the circumstances of the energy crisis sparked by the war in Ukraine, we saw inflation rise and some countries rolling back a bit or decelerating their transition drive, turning to coal, nuclear power to provide supply, even if as an emergency, and oil also regaining importance. How do you see South America in such a context? Is it better positioned considering its greener matrix?

Pant: There are parts of the world that are facing those challenges, especially Europe. But the rest of the economies, while we’re seeing general inflation from an energy cost perspective, have some other characteristics.

We’re in a good position in South America with the high dependence on renewables and therefore we’re seeing inflation not linked to energy on one side.

We’re probably benefitting at this time with the strong natural resources that we are blessed with, in some of these countries in South America and the Middle East, helping in terms of transition and the investment that has to be done on the renewable side.

Somehow, this part of the world is better positioned now than before to drive this transformation.

BNamericas: How relevant are the international operations to Schneider Electric and particularly South America?

Pant: We don’t give specific numbers for our different operations, but I’d say that the rest of the world as we define it in our annual business is a significant portion of the business. International is growing in the first nine months of the year quite strongly and it’s one of the fastest regions for Schneider Electric.

BNamericas: How do you see South America advancing in industry 4.0 and automation, compared to other emerging regions such as India, Middle East or Asia Pacific?

Pant: South America has its quite unique advantage, which are its natural resources. There are countries that have significant portions of resources that the world needs in the future, not to mention the food supply.

There are big industries in the region as well, global leaders in steel, mining. The point is not about differentiation, but about how it’s going strong in terms of being at the forefront of deployment of industry 4.0.

There’s a lot of industrial activity that happens here for South America to adopt and stay ahead in global competitiveness by deploying the new technologies.

We see our customers working on different fronts, whether in industry or utilities, to adopt digital grid and automation; companies working on green buildings with the latest in energy-efficiency.

We are strongly committed to bringing those next-generation technologies to South America, the same that are available elsewhere, at the same time.

BNamericas: Looking at the macro scenario, in terms of regulations and business environment, are there any bottlenecks to be improved in the region? What is missing for the boom in electrification and automation to really occur?

Pant: I’d say that the more open the economies are it is only going to help in terms of being more integrated with the global economies. As well as globalization, which we feel is still going pretty strong.

Having much more liberal regulations when it comes to decentralized generation, for example, is going to help the economy.

We see the future being ‘prosumer’, with the consumer producing energy while also feeding it to the grid. Anything that the governments can do to support this direction is welcomed and it’s only going to accelerate energy transition.

BNamericas: The company is one of the leading suppliers of energy and power gear to datacenters, an industry often cited as being among the biggest ‘power-eaters’, but in a strong push to be greener and more power-efficient as well. How do you see this process unfolding and what is its relevance for Schneider Electric?

Yes, they consume a lot of energy. And in different parts of the geographies they are probably one of the largest segments of energy consumption in the world.

For us, the way we see it, we’re working very heavily to bring solutions that make datacenters sustainable. One of the metrics we have for datacenters is PUE [power usage effectiveness].

We are continuously working to drive down PUE, especially in very tropical regions as we see in Brazil, thanks to the technologies and the architecture we’re developing and the work we’re doing with our customers. The datacenters of the future are going to be highly resilient as well as energy-efficient.

There are other combinations we’re working on, even outside the datacenters, on the supply side, to bring greener energy and microgrids that are feeding the datacenters.

It is a major focus for us, and we’re making lots of investments to make datacenters green.

BNamericas: Which PUE target are you working on with datacenter customers?

Pant: This is unique to the geography and location, very much linked to the climate in which the datacenter is constructed, and therefore it will vary.

I can give you the example of Singapore, where recently there’s been a regulation for the PUE to be mandated below 1.3. That’s a place that is very warm and that’s a number the government wants to have as a minimum in the building of the datacenters.

Pant: It’s something that we need to work on in collaboration with our customers.

It’s not just about technology that's coming from the supplier but about the power usage and the way datacenters are operated. Now, the more reduction you are able to make the better it is for your operation, because you’re saving more energy and being more sustainable.