Why Brazil’s development banks should step up sanitation project structuring 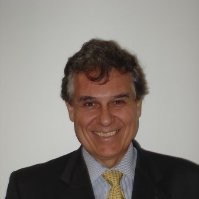 As small and medium-size Brazilian municipalities are increasingly planning sanitation auctions, they will need the help of development banks BNDES and Caixa Econômica Federal to structure these concessions.

Yves Besse, CEO of sanitation company Cristalina Saneamento and founder of CAB Ambiental, now Iguá Saneamento, talks with BNamericas about the banks’ role and the 2023 scenario.

BNamericas: What do you expect regarding municipal sanitation auctions?

Besse: Referring to municipalities, we are talking about an electoral cycle in which the mandates of the current mayors are in their third year and 2024 will be the election year.

So, 2023 is when many mayors will work to advance these concessions.

Lots of concessions have been offered since the approval of the regulatory framework in 2020, but mostly by states. This year we will see mayors more engaged.

Besse: Mayors are becoming aware of their responsibilities regarding sanitation. This sector was not their focus, because they left it to state companies.

But this model did not work. Most state companies did not make the necessary investments and the 2020 regulation forced everyone to have goals and reach the universalization of the service by 2033.

In addition, with the new rules, state-owned companies may continue to operate their contracts, but when these concessions expire, they have to be offered in auctions and can be bid for by several companies, not just state-owned ones.

This all made municipalities more aware, although some still resist and don’t want to comply with the rules.

BNamericas: Has structuring evolved or do municipalities still grapple with bottlenecks?

Besse: Around 170 municipal projects are currently being structured in Brazil, and some of these are consortium projects, so [the actual number should be higher].

Three or four years ago, this number of structured projects was no more than 50, so there is indeed an increase.

It must be recognized that small municipalities have not enough knowledge and even financial support to structure projects and this requires the help of [development banks] BNDES or Caixa Economica Federal, which have such expertise.

If the project by a municipality is not well prepared, it does not advance, because [audit court] TCU or even the public prosecutor’s office veto it.

But the answer to your original question is yes, we are advancing, perhaps slower than it could be, but this process, considering the entire sanitation sector, represents investment needs of 900bn reais (US$173bn), so a lot of structuring work is still to be done.

BNamericas: Will BNDES’s new leadership continue the focus on structuring concessions and PPPs?

Besse: I can't say. We were creating a project, but now things are at a standstill and everyone is waiting to see what will happen.

But it’s a fact that the new government has to understand quickly that the sanitation model of the past does not work. It is not possible to replicate past solutions that did not produce results.

Brazil has to face sanitation as a matter of the state and not of a specific government, because it is extremely important for people’s lives. We have to put an end to the debate that some people want to resume, that sanitation is a matter only for state-owned companies, because, in practice, this has not brought any results.

But I don't have any idea if BNDES will continue with what they called the Project Factory to structure projects. True, the new government is still in its first days. It is normal that the messages are not so clear at the beginning.

BNamericas: Has private investment gained traction since the approval of the 2020 regulations?

Besse: With the private sector, there is no discussion. The companies that are assuming the concessions have to invest, because that is the rule, there is no negotiation, it is an obligation.

A good example is Rio de Janeiro state, where the private sector has started to make heavy investments.

BNamericas: And how engaged is Cristalina in the business?

Besse: Our strategy is to integrate partnerships and seek out companies interested in the sanitation sector and develop projects in small and medium-sized municipalities.

We want to focus on Rio Grande do Sul, where our shareholders are, and on Santa Catarina, Minas Gerais and São Paulo.

In about a year and a half of our existence as a company, we have been taking information to municipalities about details of the new regulatory framework.

States and municipalities are invited to structure solid waste concessions with federal help.

Want to read more information about Why Brazil’s development banks should step up sanitation project structuring?