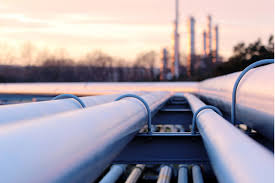 The large presence of LNG terminals in Central America and the Caribbean has led to a large availability of natural gas and very aggressive competition, according to Freddy Obando from AES.

The US company’s chief commercial officer for Mexico, Central America and the Caribbean made the comment during a virtual forum on the future of gas in the region organized by the Central American Bank for Economic Integration (Cabei).

Obando pointed to operating terminals in the Dominican Republic, Jamaica, Panama and Puerto Rico, and infrastructure under development in El Salvador and Nicaragua.

"We see a lot of appetite, not only for the company I represent - for AES - but for all of us competitors in offering attractive terms and conditions to private sector industries that want to use gas,” he added.

For the executive, however, the pace of gas introduction in the region depends on the offtaker.

“What we are seeing as competition today to accelerate the adoption of gas is really the lack of definition of customers to use gas or go directly to renewables. We at AES are champions of clean energy, obviously, however, we are convinced that natural gas can and must coexist in a transition to a carbon neutral world.”

Obando revealed that AES has pitched plans to Haiti’s government to install a small-scale terminal to complement the use of trucks to dispatch gas from neighboring Dominican Republic.

Fellow panelist Gabriel Monroy, Latin America finance and capital markets VP at Invenergy, said that “the key word here is flexible gas that allows it to adapt to the form of demand and that can coexist with renewables.”

Invenergy is the majority shareholder of El Salvador gas to power project Energía del Pacífico, which is expected to begin operations in 2022.

"I believe that the experiences of the region have focused a lot on generation through PPA contracts for the sale of energy and the penetration of gas has been left to supply the industry or even transport in a somewhat secondary way,” according to the Invenergy executive.

Monroy said that greater support is needed from governments to widen gas offtake and reduce investor uncertainty, from the design of medium- and long-term plans, to regulatory frameworks which include incentives to convert industries.

In his presentation, Dario Quiroga, a partner at Grupo Mercados Energéticos Consultores, highlighted the need for stepped up regional coordination which would lead to a regional transport project.

Such a pipeline would require regulatory changes, stronger institutions, and private sector support, underpinned by demand, to make it feasible, said Quiroga.

For recent content from the gas front in Central America and the Caribbean, click on the following links:

Other projects in: Electric Power (Haiti)