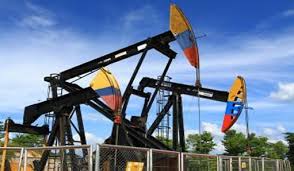 Colombia has improved oil and gas governance under President Iván Duque, despite misgivings about the disclosure of information from state-owned company Ecopetrol, according to a new independent report.

The Andean country received an overall score of 76 out of 100, placing it in the "good" performance tier of a rating system devised by the non-profit Natural Resource Governance Institute (NRGI).

"The greatest gains have been reported in governance of local impacts ... driven by improvements in the regulations on environmental impact assessments and mitigation plans," the New York-based entity said.

It also praised "important progress" in licensing that contributed to "positive results" at auctions for drilling rights.

But the report cited concerns related to socio-environmental practices.

"Weaknesses remain in both the regulations and real-world compliance around land rehabilitation, project closure, compensation and resettlement," it said.

The rating system, dubbed the Resource Governance Index (RGI), measures the effectiveness of policies and practices in resource-producing countries.

Of the three areas studied in the overall analysis, revenue management scored the highest (83 points) owing to transparency in royalties administration, the report said.

It gave ratings of 76 and 68 in the value realization and enabling environment categories, respectively.

In a list of recommendations, NRGI questioned the transparency of Ecopetrol's operations and investments.

"Ecopetrol should disclose procedures and results for the sale of crude oil, and publish disaggregated information on social expenditures as part of its community development program," the report said.

In particular, it called for the Bogotá-based company and government officials to provide greater clarity related to new business proposals as it adapts to a low-carbon future.

"The vice-ministry of energy should provide further information on Ecopetrol’s plans and strategies to adapt to the energy transition, particularly on future investments in exploration and development, as well as the company’s anticipated breakeven prices, considering the greater financial risk that comes with the future decline in oil demand," the report added.

Duque has embraced a mostly pro-market energy agenda since taking office in 2018. Under his leadership, the country has resumed regular oil and gas licensing rounds, implemented new regulations for offshore drilling and held its first auctions for hydraulic fracturing projects.

The NRGI report can be seen here.

The initiative targets oil, coal and high-income individuals to raise around US$4bn annually.

Colombia is home to 100% of Calgary-based Gran Tierra's current production, which mainly comes from blocks in the Middle Magdalena Valley and Putum...