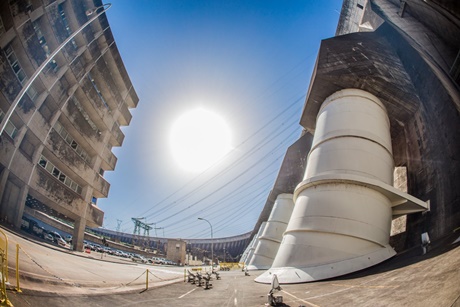 The International Renewable Energy Agency “IRENA” officially announced its support to Paraguay this week for the development of its entire matrix with renewable energy sources and their potential.

"It is a great step for the advancement of the energy transition with renewable energy sources that do not harm the environment, allowing sustainable development and prosperity for all," said the ITAIPU Councilor, Dr. María Antonia Gwynn.

The counselor, last January, had met with members of the Board of Directors of said organization to discuss the energy potential that the successful ITAIPU undertaking grants both to Paraguay and Brazil and how, through it, a path is opened to promote the sustainable development of the entire region, by virtue of the optimal use of the wealth of natural resources that characterize the region.

The Paraguayan Government had expressed its interest in continuing to strengthen its cooperation with IRENA through a note dated February 11, 2020, sent by the Vice Ministry of Mines and Energy through the Ministry of Public Works and Communications (MOPC), for which reason welcomes IRENA's favorable response.

The Agency will collaborate with MOPC and other key stakeholders in conducting a Renewable Readiness Assessment-RRA. The RRA findings can be supplemented by country-specific findings.

The country presents good examples of clean electricity production using its abundant water resources and welcomes efforts to diversify its mix of renewable energy, including its deployment in end-use sectors. This would also help Paraguay achieve the objectives set out in its National Determined Contributions (NDCs) to which they are committed by the Paris Agreement.

IRENA is prioritizing supporting its members' efforts to increase the ambition of renewable energy in the NDCs and their effective implementation. In this sense, IRENA is ready to work with Paraguay.

Hydropower's dominance, however, may limit the reach of alternative energies.

ANDE held the first round of public consultations in indigenous communities

For future electrical transmission works in the southeast of Chaco.

Other projects in: Electric Power (Paraguay)

Want to read more information about IRENA communicates support to Paraguay for the study of its renewable energy matrix?