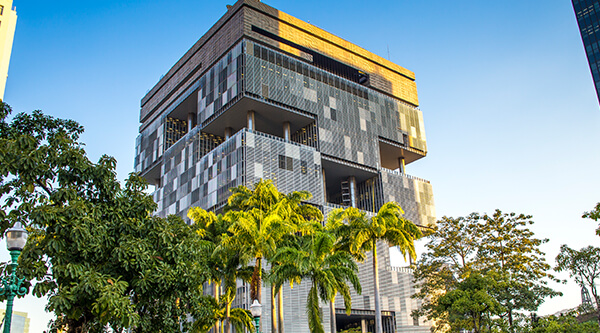 The new business plan of Brazil’s federal oil company Petrobras is likely to be modified by the incoming government of Luiz Inácio Lula da Silva, a source close to the president-elect told BNamericas.

Among the main changes expected are additional refining capacity and a more aggressive insertion in the energy transition, besides its repositioning in the natural gas segment.

"The idea is to monetize more gas by reducing injection and increasing its use onshore, which will require new investments in offshore pipelines and processing infrastructure," the source said.

Under the plan, the exploration and production segment would account for 83% of the total, down one percentage point from the previous plan, while 12% would go for refining, up 3 points.

Pre-salt remains the focus, with 67% of the planned capex foreseen for the next five years.

Meanwhile, the Equatorial Margin is due to receive 50% of the US$6bn exploration capex, compared with 38% in the previous plan.

In addition to the US$78bn capex, Petrobras looks to earmark US$20bn for the chartering of new production platforms.

By 2027, the company is eyeing 18 new FPSOs, of which 11 would be chartered, six owned, and one non-operated. The 2022-26 plan foresaw the start of operations of 15 FPSOs, comprising nine chartered and six owned.

The new platforms planned include the Albacora field revitalization FPSO, the P-83 (Búzios field), the Sergipe deepwater project’s second FPSO (Seap 2) and the BM-C-33 FPSO, a project operated by Equinor where Petrobras holds a 30% stake.

The two Sergipe FPSOs will be contracted under the charter model and are planned to transport natural gas through a pipeline with capacity of 18Mm3/d (million cubic meters a day) – an undertaking whose technical and economic feasibility is under analysis.

Atapu’s unit will be connected to 13 wells, and Sépia’s to 14 wells, with the subsea engineering, procurement, construction and installation (EPCI) services acquired via integrated contracts.

The Santos basin will receive 11 new production units, while five will be installed in the Campos basin. With this, the basins are projected to be producing 2.2Mboe/d and 900,000boe/d by 2027, respectively.

The new business plan foresees the drilling of more than 300 production development wells, the installation and collection of over 8,000km of pipes and the decommissioning of 26 platforms (12 fixed, six semi-submersible and eight FPSOs) and 2,500km of risers and flowlines.

Another 27 platforms are programmed to be decommissioned between 2028 and 2030.

The production curve in the 2023-27 period was reduced by 100,000boe/d compared with the previous business plan, reaching 3.1Mboe/d by 2027, with a possible positive or negative variation of 4%.

The extraction costs considered in post-salt and pre-salt projects for the period are US$10.7/boe and US$4.2/boe, respectively, while the production cost considered is US$33/boe.

In the refining segment, the priority of the US$9.2bn capex will be energy efficiency of Petrobras' plants and higher quality products with a smaller carbon footprint, with an emphasis on investments in biorefining.

The plan foresees investments in eight new processing units, in addition to six large-scale adaptation works in existing plants. With these projects completed, Petrobras' refining processing and conversion capacity is expected to increase by 154,000b/d, and its S-10 diesel production capacity would be boosted by more than 300,000b/d.

A new lubricant plant in the Gaslub hub is planned, as well as a second refining train at the Abreu e Lima refinery (Rnest) and a bio-aviation kerosene facility at the Presidente Bernardes refinery (RPBC).

The total refining capacity of the company is projected to be 1.2Mb/d by 2027, the same foreseen by the previous plan, based on five plants located in the Rio de Janeiro-São Paulo axis.

"The strategy of maintaining the main refineries and ensuring structural changes in these plants remains, especially aimed at increasing the production capacity of S-10 diesel and the beginning of the formulation of R5 diesel, which counts on 5% of renewable diesel through co-processing," Bruno Cordeiro, market intelligence analyst at StoneX, told BNamericas.

"The question is whether they will maintain the strategy seen in recent months of readjusting prices with less intensity, causing lags in relation to the international market, or whether this policy will be reformulated," Cordeiro added.

In the area of gas and electric power, the 2023-27 plan highlights the continuity of the commercialization strategy for Petrobras' own gas, with measures aligned to the increases in capacity resulting from investments in infrastructure expansion and the supply of natural gas.

Petrobras’ gas treatment capacity is projected to grow from the current 66Mm3/d to 84Mm3/d, basically through the new processing unit that will begin operations in 2024 at Gaslub.

Meanwhile, the company’s regasification capacity will be reduced from 57Mm3/d to 50Mm3/d.

The plan states that the commercialization and logistics area will intensify operations in strategic markets in Brazil, while continuing to expand and strengthen its operations in foreign markets by attracting new customers and seeking the best opportunities to enhance the value of Petrobras’ oil and derivative products.

Another focus is the optimization of logistics infrastructure with the removal of bottlenecks in the flow of products and oil, optimization of inventories, and reduction in the fleet's emissions. The area's capex foreseen under the plan is US$1.6bn.

In the 2023-27 business plan, investments of US$4.4bn are planned for the company's low carbon initiatives: US$3.7bn in projects that contribute to decarbonization initiatives of the operations (scopes 1 and 2); US$600mn in biorefining initiatives (renewable diesel and aviation biokerosene); and US$100mn in research and development for new competencies.

The Petrobras carbon neutral program and the decarbonization fund were reinforced in the new plan, with a budget of US$600mn, up from the previous plan’s US$248mn.

Meanwhile, Petrobras intends to expand its studies in the new businesses of offshore wind power, hydrogen and carbon capture, in addition to biorefining.

To improve operational efficiency, return on capital and cash generation to make new investments more in line with the company's strategy, Petrobras intends to divest between US$10bn and US$20bn worth of assets in the five-year period.

Mahatma Santos, a researcher at Brazilian petroleum studies institute Ineep, said the announcement of the sale of the Isaac Sabbá (Reman) refinery, also on Wednesday, and the new business plan reaffirm the current strategic orientation of Petrobras.

“Once again, the focus on value generation and large dividend payments in the short term is reaffirmed, as well as the continuity of the company's disinvestment and deverticalization process, with a strong concentration on E&P, especially production development,” he told BNamericas.

Santos said that despite the capex growth, the US$78bn is still lower than in the 2019-23 business plan, which shows that the company has an exclusively short-term vision, prioritizing high dividends and debt reduction.

“Between January 2021 and September 2022, Petrobras distributed to shareholders US$53.7bn, 70% of the capex now announced for the next five years,” he stressed.

Santos also considers the US$4.4bn capex for the environmental area too timid and too focused on decarbonization of its activities.

“The current management seems to be transferring the responsibility of building a business plan that has as its object the energy transition to the next management of the company,” he said.

With the initiative, the Brazilian company will make intensive use of data and artificial intelligence solutions to meet some of the main challenge...

Want to read more information about Petrobras’ new business plan likely to be modified by Lula?