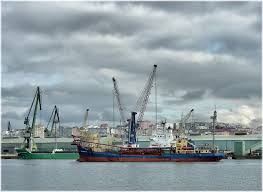 Chile’s largely centralized model has left the country’s Biobío region with a long list of projects that go through years of planning and studies but which never get off the ground or suffer serious delays, according to local authorities and experts.

“The State has a large planning capacity, but it's a bad executor. We need the help of the private sector,” Biobío governor Rodrigo Díaz said during an infrastructure seminar held by Universidad de Concepción.

One example used during the event was the Patricio Aylwin bridge (US$46mn), which has not been completed after 14 years. By contrast, works recently began works on new metro and rail lines in capital Santiago that are expected to be finished in less than a decade.

Another example is a US$1bn transport improvement plan drafted in 2005 by transport planning agency Sectra, but only a third of it has been implemented so far, Héctor Díaz, Biobío representative for the country’s construction chamber (CChC), said during the event.

This plan included extensions to the Biotren rail service, one of which was finished to take the line to Coronel municipality, and another to Lota, which remains in the early planning stage.

Other areas that are lacking in the center-south region, the country’s third most populous, include railroads, ports and public transport.

“Chile does a lot of planning, and does very good planning … the problem is in the execution, and this is becoming even harder now,” Díaz added, pointing out that demands for citizen participation and environmental protections are making the process even longer.

In particular, he called for a rethink of planning frameworks to adapt them to the region, but also to consider new financing mechanisms, noting the potential of Biobío as the main center of trade and commerce in southern Chile.

Alejandro Tudela, board chairman of state owned port operator Puertos de Talcahuano, said that a large part of production from the Biobío region is shipped abroad using ports in the central zone of the country (Valparaíso and San Antonio) rather than from those in the Biobío region itself.

“When we say that there’s territorial disparity when it comes to allocation of funds, that happens because we, as a country, don’t have an idea of where we want to go,” he claimed, decrying the lack of a nationwide port infrastructure plan.

Other projects that have suffered overly long development terms in the Biobio region include a new industrial bridge (US$180mn), a replacement rail bridge over the Biobío river (US$220mn) and a proposed metro system for regional capital Concepción, the latter of which has not even been included in government infrastructure plans despite local demands.