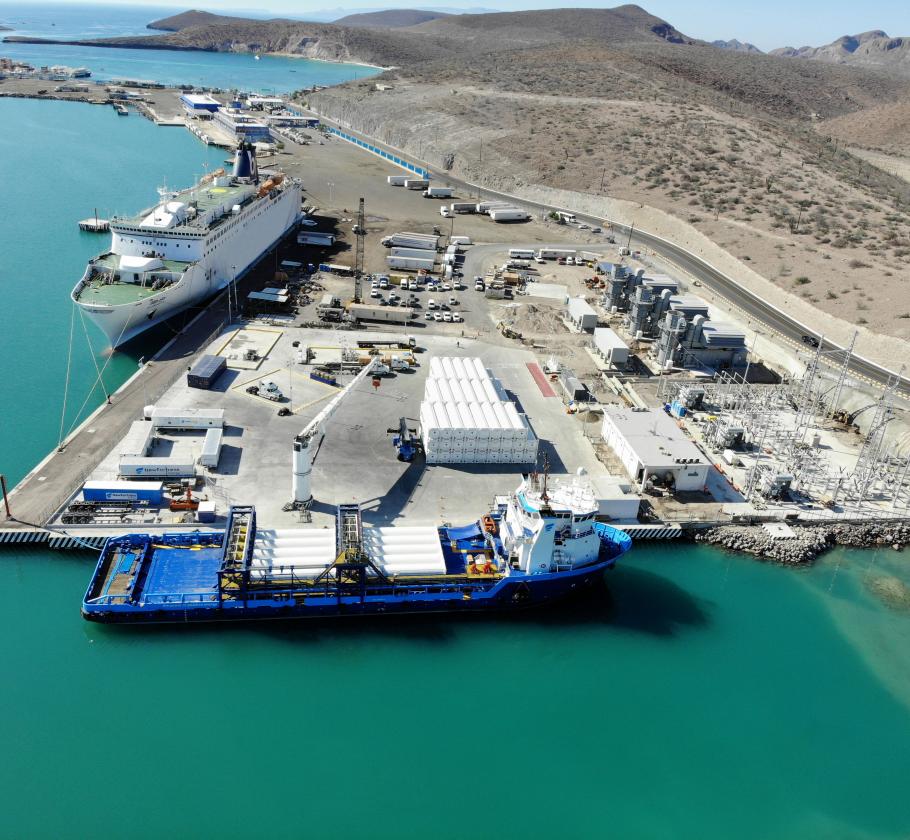 Edens spoke to investors during the company’s Q2 results call, with the US-based LNG player helped by soaring global demand.

With Russia's invasion of Ukraine in February, "The world is desperately short of natural gas, and in my opinion is going to be short for a number of years,” said Edens.

Despite shortages, NFE has had no supply disruptions to customers this year with executives crediting the company’s "long" strategy of purchasing LNG cargoes far in advance to ensure delivery and avoid the spot market.

NFE also gave projections on “illustrative” adjusted Ebitda of US$1bn in FY 2022 and US$1.5bn in FY 2023 that exclude investments in its “Fast LNG” (FLNG) projects that NFE says will double or triple Ebitda once operational.

FLNG is a modular, mid-scale system utilizing onshore and floating assets designed to streamline LNG processing, a system NFE has been developing for years with projects across the Latin America and Caribbean region.

Edens highlighted three FLNG projects in the Gulf of Mexico, two on the Mexico side, that represent 8Mt/y (million tons of gas per year) of capacity, ramping up from the first half of 2023 through the second half of 2024. 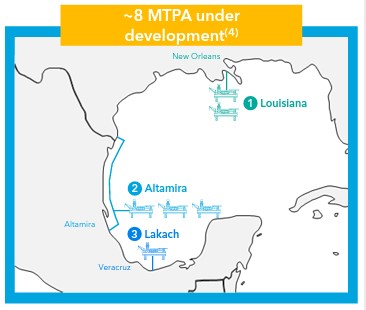 These include deals with Mexico’s state-owned utility CFE and national oil company Pemex.

In addition, NFE signed a letter of intent with CFE to expand and extend its contract to supply gas to multiple facilities in Baja California Sur state via its Pichilingue LNG terminal (pictured) near state capital La Paz.

It has also committed to investing US$1.5bn to restart development at Pemex’s deepwater Lakach field in the Perdido Fold belt off Tamaulipas state just south of US territorial waters.

This entails an agreement to complete seven wells and install a liquefier unit to develop the field with 3.5Tf3 (trillion cubic feet) of potential natural gas resources when paired with nearby gas reserves.

Pemex’s E&P unit PEP halted development at Lakach in 2016 after investing almost US$1.4bn, leaving behind assets that the renewed development may still utilize.

NFE also signed a 15-year gas supply development agreement with CFE to build up to 3-1.4Mt/y FLNG liquefiers at the O&G and logistics hub in Altamira, Tamaulipas state. This will draw on the Sur de Texas-Tuxpan pipeline to provide access to gas supply from the US state.

“We’ve started our business by going downstream to customers and have gradually over the last number of years worked ourselves back, further and further to the upstream end of the equation,” he said.

“This quarter’s a very meaningful one for us with the Pemex partnership, in that this is the first time that we’ll have actually obtained molecules in the ground,” Edens said.

Since coming to power in 2018, the president has worked to roll back the open market competition model established in 2013-14 energy reforms, and instead negotiate directly with firms willing to cut deals like those with NFE that enable CFE and/or Pemex to reach goals unattainable on their own.

Along with the Altamira and Lakach deals, the administration also announced similar partnerships with TC Energy and Sempra Infrastructure in early July to strengthen Mexico’s natural gas platform.

Another major milestone for NGC’s energy marketing and trading portfolio

Blinken set to visit Mexico with eyes on energy