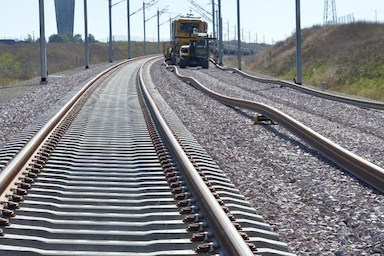 São Paulo state signed an accord with the federal government that will advance the auction of a PPP to build and operate the 101km, 10bn-real (US$1.98bn) Trem Intercidades (TIC) passenger rail link.

The accord guarantees the concessionaire will also assume the rights and obligations of state rail company CPTM's section of line No. 7.

"The objective of the agreement, therefore, is to forward guidelines to regulator ANTT and [transport infrastructure department] DNIT to guide the actions necessary for the implementation of the TIC North Axis and the segregation between freight and passenger rails, in particular through the early extension of the concession contract of MRS Logística," the state government said in a release.

With the agreement, all conditions are in place for the São Paulo-Campinas link and the launch of the PPP notice.

Originally, the Trem Intercidades auction was planned for this year, but the election process delayed an agreement on usage rights.

Sources linked to the federal and state government, requesting anonymity, told BNamericas previously the delay was due to governor Rodrigo Garcia’s reelection campaign. Garcia’s most serious opponent was former infrastructure minister Tarcísio Gomes de Freitas, an ally of President Jair Bolsonaro. Publishing the notice before elections in October would have favored Garcia.

Gomes de Freitas was elected governor and will take office in January. He is a strong advocate of private infrastructure investments.

The federal government got involved because it will provide funds it raised from the early renewal of logistics firm MRS' concession to operate the 1,686km Malha Sudeste rail network. MRS paid 4.2bn reais.

A second phase involves an extension to Americana city.

Of the total capex, 1.8bn reais are for rolling stock, 2.6bn reais for modernizing rail line No. 7 and 5.8bn reais for infrastructure, including the new line.

DIX, which is also the current operator, offered US$394,000 for the concession, a 57% premium over the minimum price.