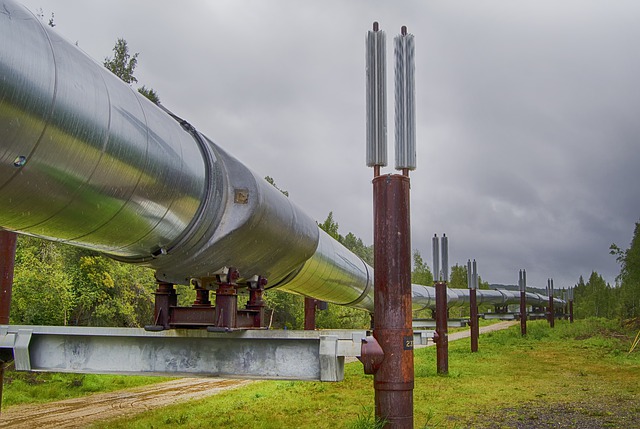 Sempra Infrastructure (SI) is looking to extend its relationship with the Mexican government to advance natural gas projects, a company representative told BNamericas.

Potential projects for the Mexico-focused subsidiary of US energy giant Sempra include an expansion of NG storage capacity and looking for opportunities that could emerge in parallel with USMCA-fed logistics and infrastructure projects joining Mexico's west coast to Sempra's energy hub in Texas and Louisiana.

Answering inquiries from BNamericas, an SI spokesperson said the firm will “continue to work closely with the government to build infrastructure that supports [priority] initiatives favoring national and regional development."

SI is one of three firms, along with New Fortress Energy and TC Energy, making headlines in 2022 with partnerships announced in July valued at US$12.5bn for energy projects that include LNG terminals, new pipelines and deepwater E&P ventures.

They arrive at a moment of uncertainty for private investment in energy projects in Mexico.

Billions of dollars of investment tied to private energy projects, and renewables in particular, are stalled due to this administration's policies favoring state-owned energy concerns over the free-market framework enacted by the previous administration in 2013-14 reforms.

SI, however, unveiled an MoU with the government to advance development of critical energy infrastructure.

These include rerouting the Guaymas-El Oro gas pipeline in Sonora state, the proposed Vista Pacífico LNG project in Topolobampo in Sinaloa state, and possible development of an LNG terminal in Salina Cruz, Oaxaca state.

And on Tuesday, Mexican President Andrés Manuel López Obrador (AMLO) mentioned plans to build a US$4bn-US$5bn LNG terminal on the Gulf of Mexico at the northern end of the Tehuantepec Isthmus.

The spokesperson added that Vista Pacifico joins an ongoing progress at the Energia Costa Azul (ECA) LNG terminal project in Baja California as it looks at export possibilities westward to Asia.

Looking to Europe, SI is also looking to expand exports from its three-train Carmeron LNG site, capable of exporting about 12Mtpa (million tons per annum) of LNG, "and potentially in the future from the terminal in development at Port Arthur, Texas --as SI sees how to use US and Mexico assets to export both to the east and west.

Unused capacity at CFE has become a topline issue, with Mexico’s energy ministry (Sener) in June ordering private NG off-takers to purchase solely from state-owned gas network operator Cenagas or directly from national oil company Pemex – an order that has generated lawsuits and could take years for courts to resolve.

With its commitment to working closely with the government, SI has emerged as perhaps the clearest example of how private firms can still advance energy projects in Mexico, despite the AMLO administration’s drive to reinvigorate and reassert the market dominance of CFE and Pemex.

The strategy of offering solutions to the government and state-owned enterprises may help SI take on projects in Mexico for years to come.

Particularly, as the president’s party (Morena) is the heavy favorite ahead of the June 2024 presidential election.

A win by a Morena successor in 2024 could cement AMLO's agenda through their term, which would last until 2030.

And SI is signaling that it is ready to sustain its close relationship with the government.

“With our work, we provide decision-makers and policymakers with all the necessary tools to achieve their objectives in terms of energy security and environmental goals,” said the Sempra Infrastructure spokesperson.

In addition to the USMCA expanding energy ties between US and Mexican, the natural gas industry also stands to benefit from the larger global phenomenon known as reshoring or nearshoring.

This byproduct of the COVID-19 pandemic aims to reorient supply chains closer to home operations and reduce reliance on overseas sourcing.

In addition, incidents like Texas’ deep freeze in February 2021 and the global spike in gas demand with Russia’s invasion of Ukraine this February underscore the need for Mexico to boost storage capacity.

“This, moreover, generates a positive impact on the entire value chain of the energy sector."

The company is thus evaluating the administration’s goal of establishing 45Bf3 (billion cubic feet) of natural gas storage capacity, saying, “Sempra Infrastructure would be interested in participating if the government decides to involve the private sector in building and operation the required infrastructure to reach such a target.”

Fogás claims consumers in Amazonas and Roraima states are paying the highest prices in the country after the privatization of a local refinery.

Other companies in: Oil & Gas (Canada)