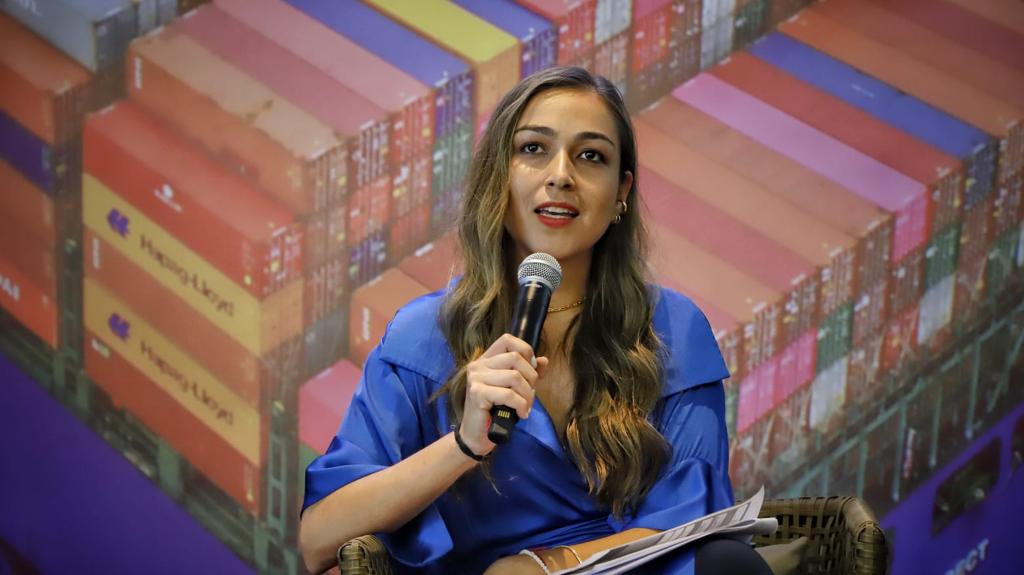 Colombia's 4G and 5G infrastructure programs have sparked a major transformation, with the latter not just focused on highways but also, airports, river transport and rail.

Both programs are crucial for economic recovery and competitiveness.

In this interview, BNamericas talks with former deputy infrastructure minister Olga Lucía Ramírez about the current state of infrastructure, regulations and investors' interest, among other topics.

BNamericas: How would you rate the infrastructure investment climate and what are the prospects for 2023?

Ramírez: Colombia has a stable regulatory and institutional framework for projects development, which allowed the reactivation of 4G projects during the [previous] Iván Duque government and award several 5G projects, achieve financial closures and create interest in projects.

The interest of foreign investors to bet on infrastructure projects in Colombia is maintained because we have a stable legal and regulatory framework. Colombia has been recognized for its public-private partnerships framework to such an extent that countries in the region such as Panama wanted to replicate it, and Ecuador has asked for advice to implement it.

The PPP scheme is already 10 years old, has shown its strength and therefore investment interest should be maintained.

It is very important for investors that contracts and established rules are respected. The message of continuity for the projects already structured allows us to look optimistically toward 2023.

However, care must be taken in the political messaging from the government so as not to set off investors’ alarm bells.

BNamericas: What’s the state of Colombia’s infrastructure and what are the main challenges ahead?

Ramírez: Initially, infrastructure continues to be seen as the instrument to continue economic recovery, job creation and competitiveness.

Political change poses challenges. One of those challenges is maintaining confidence to allow proper project development, which goes hand in hand with stability, that contracts continue to be fulfilled, that the rules of the game remain the same, that there is a strong institutional framework.

Colombia has taken a very important leap in infrastructure investment in recent years, which is why it is essential to maintain confidence to structure projects properly.

The second challenge is obviously political. Any government must keep in mind that infrastructure is a State policy to develop projects and continue them in due form.

The third challenge is to continue strengthening the institutional framework of all entities that participate in infrastructure projects.

If we have an adequate institutional framework and governance, in accordance with OECD standards, projects will be better structured.

One last challenge has to do with financing. We must continue to search for alternative sources because the public budget is limited and the infrastructure gap remains wide.

BNamericas: Where do institutions need to be strengthened?

Ramírez: Progress has been made in reviewing the functions of each entity so that there are standards that streamline and optimize processes so that they do not depend on an official. Dependencies have been strengthened for better development of projects.

In Colombia, the transport infrastructure planning unit was put into operation, whose sole purpose is to recommend the planning and growth necessary for the sector.

It is necessary to strengthen this unit and have adequate planning, as with the intersectoral commission for transportation projects.

Contractual management has definitely progressed both at [infrastructure agency] ANI in charge of PPPs and [highway authority] Invías, in charge of public works.

Transparency is very important, so information on each project must be made available to any interested party. It is also important to maintain communication with all actors, including communities, so projects develop adequately.

It is also important to maintain the roles of each entity.

BNamericas: In which sectors is the current infrastructure gap being felt?

Ramírez: Colombia has made a lot of progress in terms of highways, the large trunk lines that connect the center of the country and the ports.

However, there is still a large gap in connectivity between cities and small remote populated centers, which have a great impact on issues such as selling agricultural products and quality of life because if there are no roads, even if they are small, there is no education, no health.

In the last government, a lot of work was done on the issue. In the 2018-22 period, 5tn pesos (US$1bn) were invested in tertiary roads, but there is still a long way to go.

Regarding rails, we have a very long way to go. A roadmap has already been created with the rail master plan prepared by the previous government, which identified potential projects. You have to keep in mind where the load is and analyze what the demand is, if there really is a load to move it.

The Pacific corridor must be restructured because it has had many problems. We also have the Bogotá-Belencito corridor, which connects areas in the center.

Passenger [rail] has been developing, especially under regional initiatives that are part of a national financing scheme: the region provides 30% and the nation 70%.

BNamericas: How are the river transport and airport sectors?

Ramírez: In the fluvial mode, we have a huge gap, which is why the message from the current government is that it is going to focus on rail and fluvial transport.

Although the great Magdalena River project was structured for four years, with a very good result, it was declared void by the last government.

Execution is currently being analyzed because there are already studies and a structured design. Works have started along 600km of the river.

The river passes through many municipalities, the impact is great, which is why the government is analyzing to concession part of the public works.

Additionally, work is being done on the Colombia fluvial program, which was started by the last government with the objective of investing in rivers, in waterways in certain areas, where there is no other transport mode.

Significant investments are required, but progress has already been made with a budget to continue betting on the fluvial mode.

In the airport sector, I believe Colombia has undergone a transformation in investments in recent years through concession contracts. However, we are already seeing airports that are reaching their [limits] in the main cities, so approvals are being given and regulatory and procedural analyses are being completed to continue the private initiatives of the El Dorado airport, the current Cartagena airport and a new one between that city and Barranquilla, part of a group of southwest airports, covering Cali to Buenaventura and San Andrés airport.

BNamericas: Which projects will progress in 2023?

Ramírez: In 2023, for sure, the La Dorada-Chiriguana rail will be opened, the structuring of regional passenger and cargo projects will continue. In water transport, the Colombia fluvial program should continue. By the end of this year, the Río Magdalena and Canal del Dique project could be defined, which aside from transport, is crucial in terms of sustainability because it is a project to care for ecosystems with a fairly large environmental component.

BNamericas: How did the 4G and 5G projects advance during the Duque administration?

By August, 750km had been built, including secondary, four-lane and six-lane highways; 25 tunnels were completed, the same number as in almost 30 years; 442 bridges and viaducts were built. In public works contracts, more than 362km of secondary highways were built, four times more than what was built from 2011 to 2018.

The railway master plan was issued to recover the freight network. In 2018, there were barely 467km of commercial operation, and by October 2020 there were 1,077km active. The Bogotá-Belencito and La Dorada-Chiriguaná corridors, which are being executed through public works, did not have active commercial operation, but during Iván Duque’s government, more than 160,000t and 110,000t were mobilized, respectively.

Three logistics corridors were created (Dorada-Santa Marta, Dorada-Barranquilla, Dorada-Cartagena). The technical documents for the reactivation of the Pacific rail corridor were prepared to get the best alternative for a connection between Buenaventura port and productive nodes and load attractors near the corridor, among other actions.

BNamericas: How about ports?

Ramírez: Colombia has very good installed port capacity, but needs are beginning to be identified by sectors, for example, in terms of bulk in some port area, investment in infrastructure may be needed in one or two years, but for now it is very good.

From now on there will be no talk of port expansion, now the concern is efficiency. We have to see how we make the port infrastructure we have much more efficient.

BNamericas: What infrastructure issues must be confronted now to be prepared for the long term?

In Colombia, cargo can start by road, then it goes on train or river. Talking about intermodality is not only about moving projects forward but also thinking about exchange zones and that is associated with logistics.

It is not possible to speak of intermodality if we do not have those zones where modes change. There is no clarity in the structure, who finances them and under what model, but a regulation will soon come out.

What Brazilian datacenter giant Ascenty is targeting next in LatAm

With an-already strong presence in Brazil, the company’s COO tells BNamericas how it is planning to grow in other Latin American markets.

Want to read more information about Why Colombia's infrastructure remains attractive to investors?