Outlook: Mining to put Peru power grid to the test 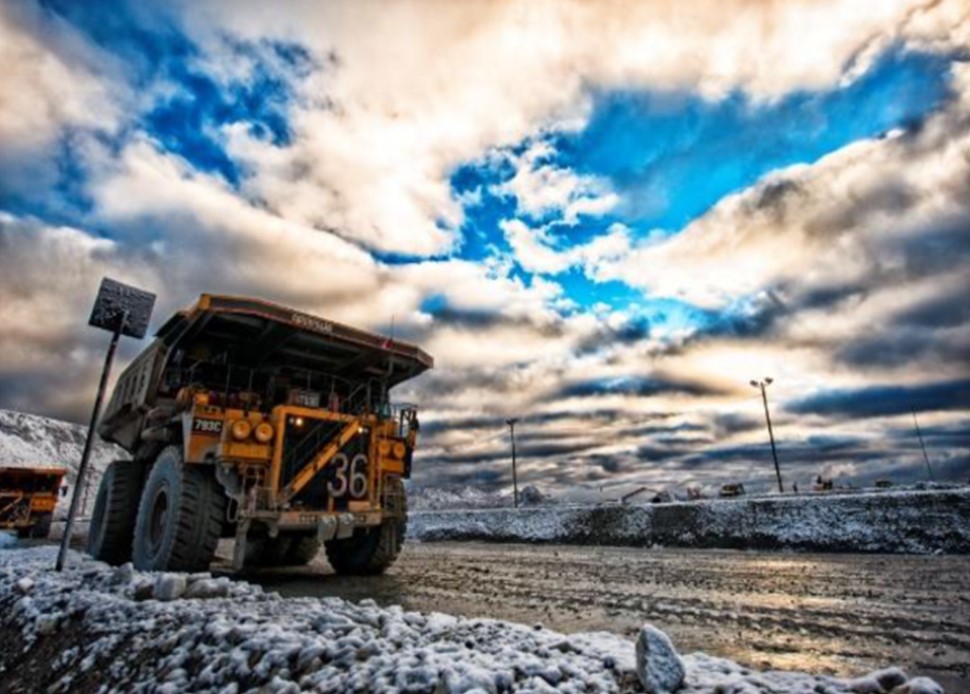 Mining projects scheduled to come online in Peru in the coming years will narrow the country’s comfortable power reserve margin and may place strain on electricity dispatch if new transmission infrastructure fails to accompany forecast growth of the energy-intensive minerals sector.

Latest information from energy and mining investment regulator Osinergmin shows that over half of free market power sales in June went to mining companies (see pie graph below). 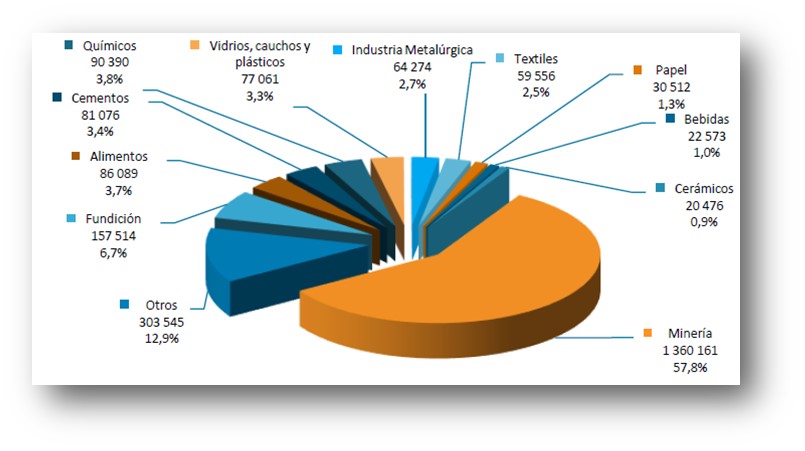 Looking ahead, the watchdog forecasts that 19 mining projects due to enter service this decade will add around 9,400GWh or 17% of total demand growth in Peru through 2028 (see bar graph below).

Of the 19 projects, a third are in construction and total 328MW, led by Quellaveco with 163MW, while the most relevant project in the detailed engineering stage is Pampa del Pongo which is expected to begin construction in 2021, according to Osinergmin research.

The government agency highlights that five of the 10 principal mining projects to be built in the next five years are copper and will increase production of the red metal by 60%. 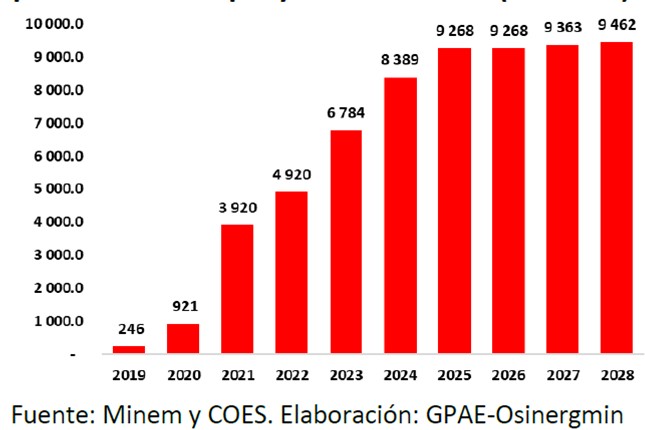 Against this backdrop, Osinergmin envisions the potential for innovation in terms of power consumption on the part of mining companies.

The regulator points to the use of a solar panel island by Anglo American in Chile at the Las Tórtolas tailings deposit. 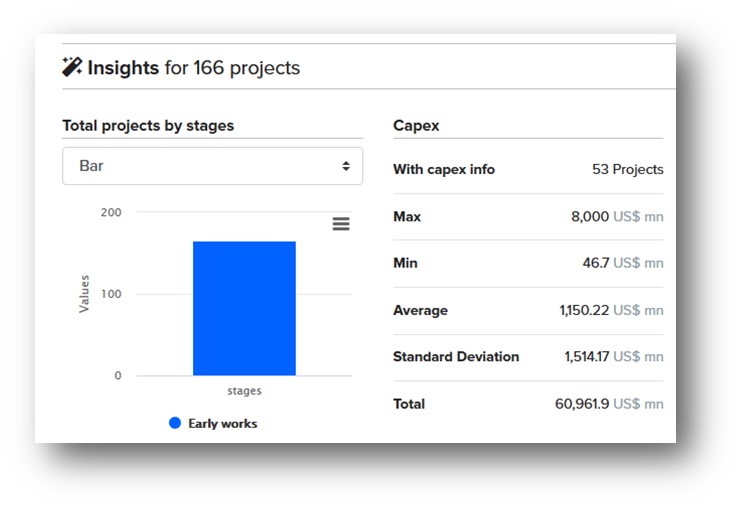 In its latest medium-term outlook released this month, Peru’s power grid administrator COES forecasts that capacity and electricity demand this year will grow 3% and 5.7%, respectively, to 7,320MW and 56,584GWh.

COES adds that between this month and April, the 2.4MW Callao biomass plant and hydros La Virgen (84MW) and Manta (19.8MW) are expected to begin operations.

During this period, electricity generation increased by 5.6% compared to the same period in 2021 and RERs represent 5.3% of the total

“Electricity Bonus” is approved to reduce rates for low-income families

Want to read more information about Outlook: Mining to put Peru power grid to the test?