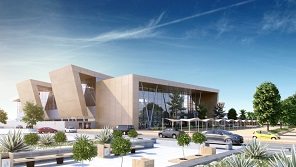 Seven contracts in Colombia’s 50tn-peso (US$14bn) 5G concessions program are expected to begin their tender phases “in the coming months,” according to the country’s infrastructure agency ANI.

The contracts include highways, dredging works, airports and railways.

“Colombia is a country that is traditionally open to foreign investors, which promotes it as a state and development policy,” ANI head Manuel Gutiérrez told an investment opportunities webinar held by Chilean promotion agency Invest Chile.

He said the 4G highway program succeeded in attracting large investment funds, such as BlackRock, and that ANI expects the 5G program to bring in new players, both in terms of construction and financing.

BNamericas takes a look at the projects that are expected to be tendered this year.

Buga-Buenaventura highway (2.3tn pesos): Entails 127km between the municipalities of Buga and Buenaventura in Valle del Cauca department, of which 32km correspond to widening works, 1.4km of tunnels and 211km to rehabilitation of existing roads.

Troncal del Magdalena road section 1 (2.07tn pesos): One of two concessions that will replace the cancelled Ruta del Sol II contract. ANI says that both contracts will be tendered at the same time. Section 1 involves 259km between Puerto Salgar (Cundinamarca) and Barrancabermeja (Santander), which are divided into 153km of rehabilitation works and 148km of widening works.

Magdalena river dredging (450bn pesos): Pre-qualification for this project was halted by ANI in order to modify the tender rules. It involves dredging and maintenance of a 696km section of the Magdalena river between Barrancabermeja and the Bocas de Ceniza port access in Barranquilla (Atlántico).

Dorada-Chiriguaná railway (1.56tn pesos): Involves the rehabilitation and operation of a 521km freight rail line between the towns of La Dorada (Caldas) and Chiriguaná (César). ANI’s goal is to eventually expand the operation to the city of Santa Marta (Magdalena).