Puerto Rico: Governor Pierluisi details the progress in the reconstruction of the electrical system and the Island before Congress 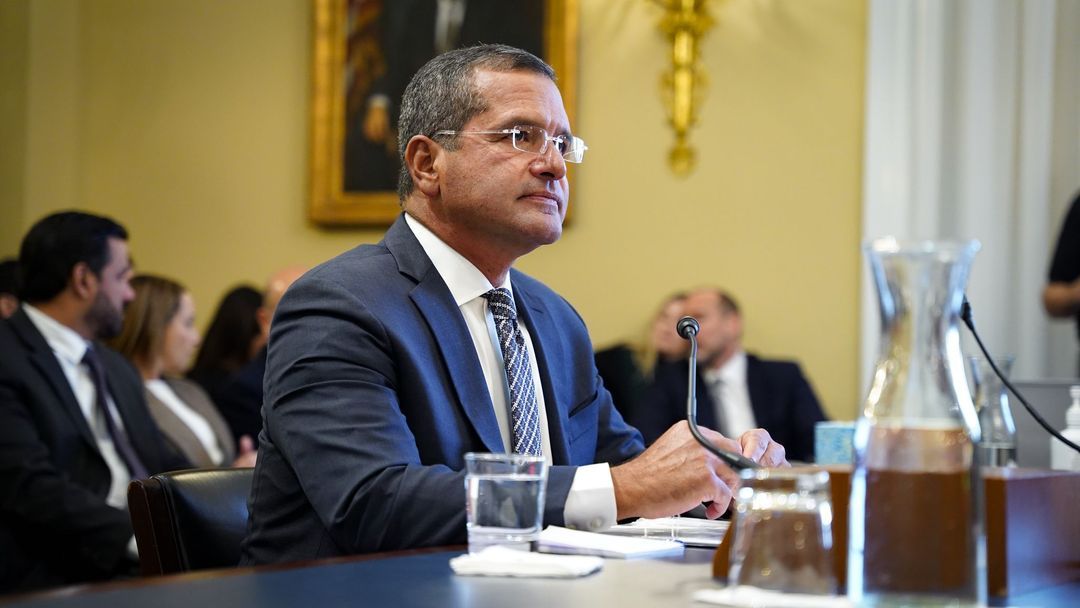 This release from the Office of the Governor was published using machine translation.

(November 17, 2022- Washington, DC) - The Governor of Puerto Rico, Pedro R. Pierluisi, testified before the Natural Resources Committee of the federal House of Representatives on the advances in the reconstruction of the Island, mainly on the transformation and modernization of the electrical system.

“Puerto Rico is emerging from a period of great challenges and entering a stage of stability and economic growth. We are committed to moving away from fossil fuels and towards renewable energy, as well as turning our fragile and integrated electric grid into a modern, resilient, and interdependent one that can serve, without blackouts, the residents and businesses on the Island,” he said. the chief executive

During his speech, the governor acknowledged that the rebuilding of the power grid is underway, with multiple substations repaired, thousands of poles replaced, and more than 33,000 new solar customers connected. Additionally, 90 power projects are in the design phase, 43 are awaiting FEMA approval, 51 have been approved, and 40 projects are under construction.

“We are currently installing batteries and solar systems on all residences being built under the R3 program and $500 million in CDBG-MIT funds have been allocated to assist low-income households in purchasing solar panels and batteries. Simultaneously, work has begun on investing $1.3 billion in CDBG-DR funds for the creation of microgrids and energy storage systems in remote communities and first responders,” added Pierluisi.

In his speech, the chief executive highlighted that after the onslaught of Hurricane Fiona, and following an emergency request, FEMA approved providing technical assistance to achieve the stabilization of the electrical system. The support of the federal agency, which will pay 90 percent of the cost of the works, will consist of repair works in the transmission and distribution system of energy and in additional alternatives to increase generation, which will allow to continue the focus on the modernization of the system, without affecting the service provided to the people.

“I ask the Committee to approve a petition to provide 100 percent matching of federal funds for energy-related projects funded by FEMA. Also, authorize FEMA to adjust fixed cost estimates for approved projects, given the recent increase in the cost of construction materials and supply chain disruptions. I also request that the Stafford Act be amended to authorize FEMA to consolidate the disasters (María and Fiona) into a single federal assistance award, as well as support the proposal of the chair of this commission and other members of Congress to allocate $5 billion in CDBG-DR funds directed for residential solar energy systems on the Island,” the chief executive said.

Likewise, Governor Pierluisi indicated that, to date, close to 91 percent of the funds destined for permanent works have been obligated and around 20 percent have been disbursed. Similarly, 2,132 projects are under construction for a total of $800 million and over 1,600 projects are in the permit phase and should start soon, representing $1.4 billion.

On the other hand, 70 percent of CDBG-DR disaster funds have been obligated, so that 6,400 families, out of 12,000 eligible, already have their homes rebuilt or have received housing vouchers and more than 2,300 residences are in the process of building.

The governor recognized that the funds allocated by Congress and the administration of President Joe Biden have made it possible to achieve significant progress in the reconstruction of the Island, which has suffered the ravages of the 2017 hurricanes, the 2020 earthquakes, the pandemic and the passage of Hurricane Fiona, last September. In addition, he urged approval of the measures that will result in greater agility in the processes, in order to guarantee a better quality of life for all Puerto Ricans.

Finally, Governor Pierluisi stressed the importance of equal treatment for Puerto Rico through Statehood. “We have shown that when we are treated with equality, as happened with the Covid pandemic, we respond the same or better than any state. I am not here asking for more, I am asking that they treat us as what we are, American citizens who deserve equality and democracy,” he stressed, also recalling that thousands of Puerto Rican soldiers have lost their lives in defense of American rights and freedom.

A roundup of developments from the island's energy regulator.

Board of Directors of the Authority for Public-Private Partnerships unanimously approves the Partnership Contract f...

Want to read more information about Puerto Rico: Governor Pierluisi details the progress in the reconstruction of the electrical system and the Island before Congress?