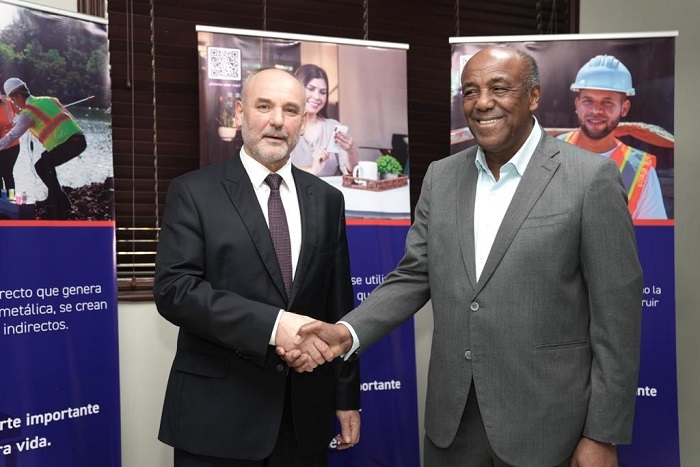 The Polish government is extremely interested in cooperating with the Dominican Republic in the areas of mining and renewable energy development, not only wind and solar, but also geothermal energy that is obtained through the heat that comes from the interior of the Earth.

The offer was made by Mr. Piotr Dziadzio, Undersecretary of State, National Geologist, Government Representative for State Raw Material Policies of the Polish Ministry of Climate and Environment during an official visit to the Minister of Energy and Mines, Antonio Almonte.

He said that Poland has great experience in low- and high-temperature geothermal energy that can be used to produce long-lasting electrical energy.

(Geothermal energy is a renewable source of continuous production, 24 hours a day, 365 days a year. It is a stable energy, since it does not depend on the fluctuations of the wind or the sun. Geothermal installations have a low visual impact and do not generate emissions).

The Polish official said that the country has advanced equipment to monitor geothermal processes and that his country has one of the largest plants in Europe.

He indicated that Poland is also interested in the collaborations that began in 1990 being extended to other areas as a way to contribute to the development of the country.

He expressed that with the high degree reached in technology they can help mining in the Dominican Republic to obtain better levels of security in extraction and guarantee natural resources for the benefit of future generations.

Minister Almonte thanked Poland for its willingness, from whom he said that the country has a lot to learn from its relationship with mining activity.

"The Government and the Dominican people are honored to have you here," said Almonte, recalling the support offered by that country through the Technological University of Cibao Central (UTECO).

During the visit they took the opportunity to sign a memorandum of understanding in the natural resources sector between the National Geological Service (SGN) and the Polish Geological Institute that will allow defining cooperation, research and project financing.

It was signed by engineer Edwin García Cocco, director of the SGN, and Mr. Mateusz Damrat, director of the Polish Geological Institute, who explained the scope of the agreement, which will last for five years.

The Polish delegation was also made up of Mr. Michal Nowosielski, in charge of the Raw Materials Policies division of the Polish Ministry of Climate and Environment. For the country were Rolando Muñoz, director of Mining; Miguel Peña, mining advisor to the Executive Branch; Mauricio Hernández, Director of Technical Management and Carolina Sánchez, from the MEM International Relations Department.

Solar on track to become top NCRE in Dominican Republic

Polaris Infrastructure announces closing of acquisition in the Dominican Republic

Want to read more information about Poland interested in cooperating with the Dominican Republic in mining and renewable energy?