PV Power renews its brand and is now named Solek 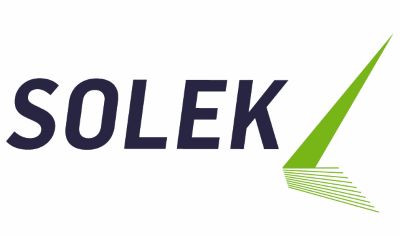 Santiago, May 2019.- The renewable energy industry is growing in both Chile and the world, and PV Power by Solek Group has been part of these important advances. In this way he made a change of brand, so now it is Solek.

This company, originally from the Czech Republic and specialized in the development of solar energy projects, arrived in Chile in 2015, and since that year has managed to develop various solar park projects that operate under the concept of Small Distributed Generation Media (PMGD) . These plants feed the interconnected system with up to 9MWp.

Solek's different projects are located mainly in the central zone of the country, aiming to generate energy and opportunities in sectors traditionally linked to other economic activities.

Jorge Leal, Country Manager of Solek, assures that "this brand change responds to the significant growth we have been able to sustain since we have a presence in Chile, but it also points to the company's next challenges, since it is located in an industry that today it has an unsuspected projection ".

Additionally, Solek has managed to carry out a successful strategy of vertical integration, consisting of offering solar panel cleaning service to both the plants that are developed by the company and any external solar park that is currently in operation. The revolutionary system, called SunBrush, consists of a tractor that by means of a hydraulic arm cleans the panels in much less time, besides not using chemicals of any kind.

On the other hand, in its continuous effort to collaborate with the sustainable future of Chile and product of a massive investment plan, Solek began the construction of three new photovoltaic parks: Villa Seca and Santa Fe, both located in the Region of Maule and Los Paltos, located in the Valparaíso Region. These will have a generation capacity of between 3 MWp to 10.66 MWp, and will add just over 16.6 MWp of energy to the interconnected system.

In the run-up to its tenth anniversary, Solek continues to develop solar energy projects in different parts of Chile, and betting on the generation of clean energy that allows it to go in line with the great objective of decarbonising the energy matrix.

This press release by the Chilean subsidiary of the Solek Group was translated automatically from the Spanish.

BNamericas talks to Max Blatt, CEO of Scania subsidiary LOTS Group, which works with Chile's Minera Sierra Atacama, about the benefits of autonomou...

Enlight is Sungrow's first service partner in Mexico and Chile

Want to read more information about PV Power renews its brand and is now named Solek?