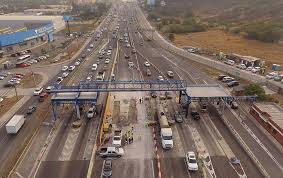 Chile’s infrastructure investments have been losing ground since 2014 and are unlikely to pick up soon as the public sector will be restrained in the short term due to macroeconomic factors, while concessions and other private investments are not enough to cover the shortfall, according to the think tank CPI.

Between 2014 and 2021, gross fixed capital formation fell from 26% to 23% of GDP, while in the case of public infrastructure investment averaged 2.5% of GDP, the studies center said in its 2005-21 investment report.

“Public investment operates under absolute short-term criteria,” CPI’s executive director and former public works minister Carlos Cruz said during the report’s presentation, adding that public investment, instead of being used as a counter-cyclical tool, is conditioned by macroeconomic conditions.

Cruz said infrastructure investment should reach 6.5% of GDP if Chile wants to become a developed country but warns that it’s not realistic to expect a boost from the public sector at the moment due to inflationary pressures and demands for social spending.

When BNamericas consulted Cruz on how public infrastructure spending could be separated from economic cycles, he answered that this was dependent on political will and recognizing infrastructure investment “as an important domain within state action, and not as a consequence of budget availability according to the copper price cycle.”

He also said that Metro de Santiago and state rail firm EFE are perfectly capable of accelerating their project portfolio.

As for inflation, Cruz expects that tender price tags will be reconsidered to avoid a situation such as the one seen in Argentina, where bids to carry out works have vastly surpassed reference budgets.

Another possible outcome is fewer tenders for new projects to ensure projects that can be developed in the medium term.

He expressed concern about the progress of infrastructure works for the 2023 Pan American games, saying he is doubtful they will be finished on time, though he does not expect a situation such as in Lima, when the government had to resort to a government-to-government (G2G) agreement to finish its infrastructure on schedule.

“The idea of concessions as an instrument that should properly complement public investment has been abandoned,” the former minister said.

Despite this, Cruz said there are many sectors in which the concessions system could regain traction, such as penitentiaries, railways and transport other than highways, housing and public buildings.

When BNamericas asked if the proposed new constitution, especially its articles that give greater participation to indigenous peoples in permitting, could represent barriers for infrastructure concessions, Cruz said the State should act as the first line of communication with communities in general.

“I believe that transferring the responsibility of community outreach and dealing with environmental impact studies to the private sector was a mistake,” he said.

Another area to improve are concession contracts, especially in the wake of ongoing arbitration cases with airport operators which demand compensation for income lost during the COVID-19 pandemic.

“We believe there should be much more flexibility in contracts in terms of capacity to adapt to new demands over time,” the CPI director said, adding that costs should be shared by the concessionaire and the State, and that this could be applied to highways as well.

Investments of US$6.4bn under review in the third quarter compare to US$12.3bn in 3Q21.

BNamericas talks to Ignacio Oliverio, DHL Supply Chain director of transport for Peru, Argentina and Chile, about the sector's transformation and t...