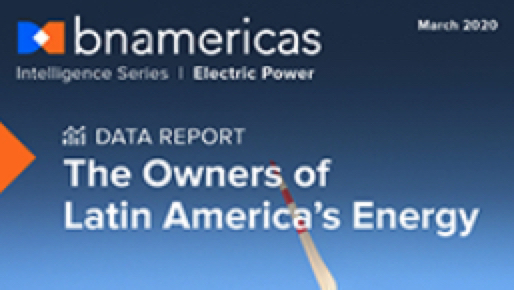 The 10 power generation groups with the largest number of active projects in the region will add 40 gigawatts (GW) of capacity in Latin America in the next five years, mainly from non-conventional renewable energy sources (NCREs), which will account for 49,1% of the total.

That is just one of the findings revealed in this report, which is based on the exclusive BNamericas database of projects and carried out by our Data Science team. The work identified the subsidiaries and consortia behind the 227 projects that will support regional economic growth through 2024.

BNamericas launches with this report a new line of research that combines data science methodologies with traditional journalism.

The figures reflect the fact that in 2019 Latin America saw record levels of foreign direct investment in renewable energy projects and has become the second most attractive region for foreign investment in NCREs in the world.

This data analysis report -done with the information in BNamericas' database to November 30th- shows the expected investment in the different sources of generation, its associated costs and which companies are betting strongly on Latin America.

Below is the ranking with the 10 groups that have the most active projects under development in the region. 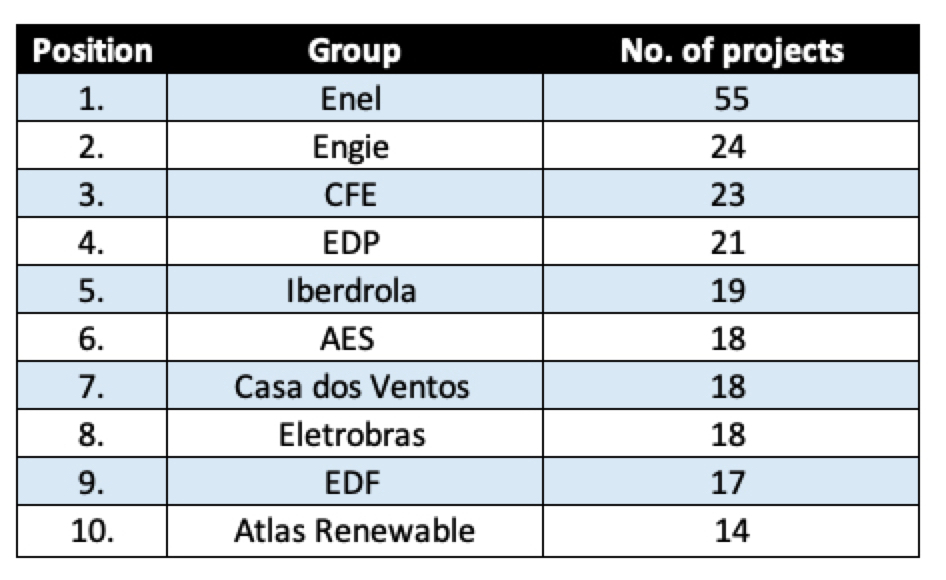 Use the filters to see the projects by company or source. (Note: this report was updated on March 10th, 2020, to include changes in the ranking after new information was revealed)