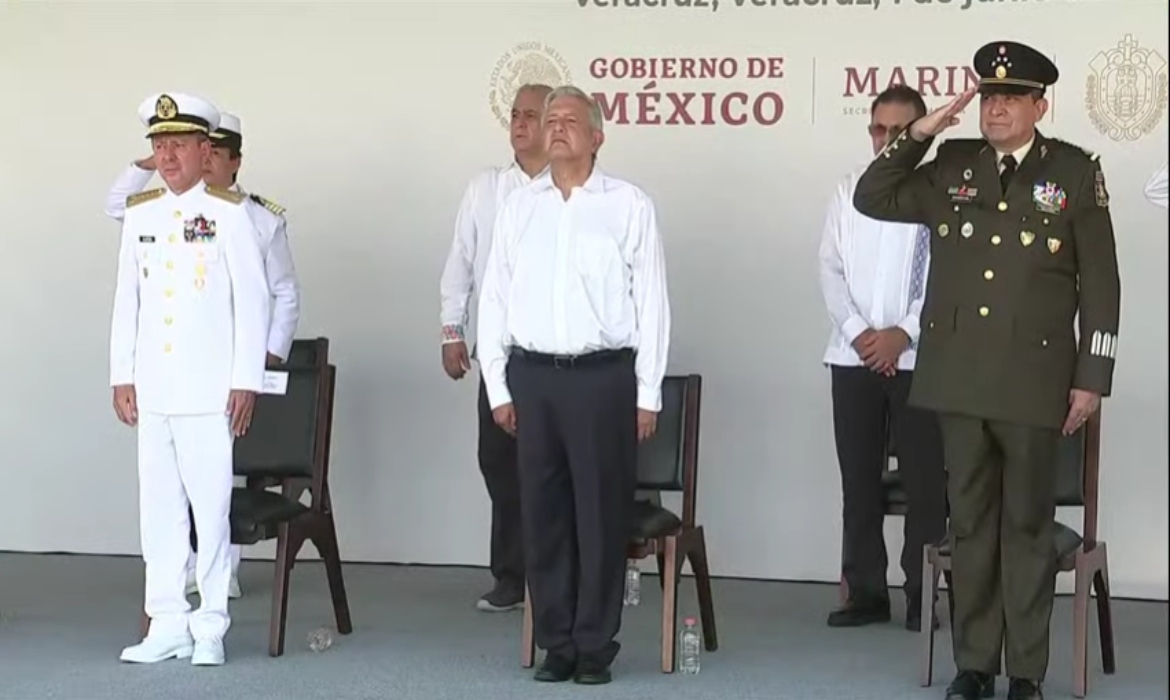 On national navy day Tuesday, AMLO called for unity, as Semar will control the port authorities (APIs) from June 5. Until then, the communications and transport ministry (SCT) remains in charge.

Two experts consulted by BNamericas differ in their assessment of the move, especially regarding transport and training, which the industry wants to keep under civilian control.

César Augusto Martínez Santamaría, an instructor at the merchant navy’s training trust Fidena, said that under the leadership of Semar, the industry will experience growth after 30 years of stagnation.

For about 30 years, the merchant navy and education have barely advanced, even though members of the sector have fought for better schools, technology and resources, he said.

On the other hand, Faustino Suárez Rodríguez, president of CPMMP consulting firm specializing in the merchant navy and ports, told BNamericas that the move translates into a militarization of ports, despite the government’s denials.

He said the firm he represents and other associations filed six injunctions against the legislative reform that was approved in October.

In a statement, the parties also asked the supreme court to rule in favor of an unconstitutionality complaint they introduced with the help of 46 senators following the approval of the reform.

“We are obviously going to do everything that is legally required to defend our merchant navy and what the law allows us to do,” Suárez Rodríguez said.

Suárez Rodríguez is running for a congressional post in the June 6 elections and has opposed the transfer since the bill was being debated in congress.

The bill reformed three organic laws and was promulgated in December.

Navy minister José Rafael Ojeda Durán said during the ceremony in Veracruz state to transfer control to Semar that ports are not being militarized.

Yet, Suárez Rodríguez is concerned about the government assigning retired navy personnel to head APIs. Last year, SCT had replaced a dozen officials with Semar personnel. Updated numbers have not been published.

Ojeda also promised to innovate in marine education by investing in new installations and technology, in addition to reducing tuition fees.

And initiatives like these, including new training ships, modern shops and equipment, have been demanded by the industry for years, said Martínez Santamaria.

The new battery manufacturing facility will be built at the German company's 300ha complex in Villa de Reyes municipality.

Airlines dedicated to both cargo and passenger operations can remain at AICM, while companies focused entirely on cargo will have to transfer their...